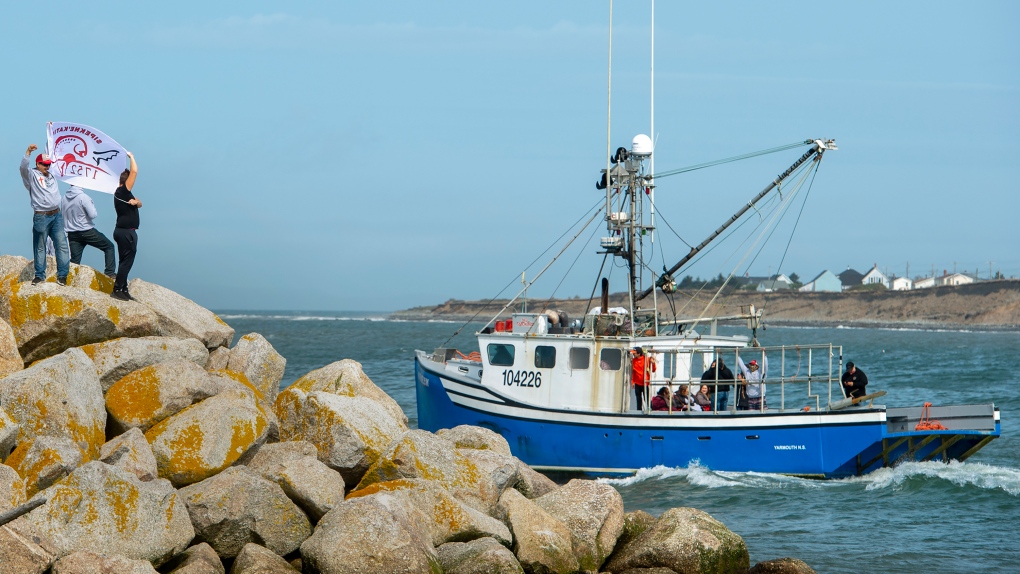 NEW EDINBURGH, N.S. -- A Nova Scotia man is facing an assault charge in relation to a confrontation that occurred near a facility that was slated to handle lobster caught by an Indigenous community.

RCMP say they have charged 49-year-old Randy Cyril German of Digby County with the alleged assault of a woman on Oct. 14 in New Edinburgh.

Sgt. Andrew Joyce said the incident occurred as crowds gathered near the lobster pound that was to handle the catch harvested by Sipekne'katik First Nation fishers.

The night before the alleged assault, about 200 people were present at two incidents outside lobster pounds in southwestern Nova Scotia, during which lobster was destroyed, employees were prevented from leaving, rocks were thrown and a vehicle was set on fire.

On Oct. 14, Chief Mike Sack of Sipekne'katik called a news conference at the New Edinburgh, N.S., facility to condemn the violence and damage.

Crowds began gathering in the area and there were confrontations and arguments between Indigenous and local non-Indigenous people.

The RCMP said German has been released from custody on conditions and is scheduled to appear in Digby provincial court Feb. 15.

This report by The Canadian Press was first published Dec. 4, 2020.