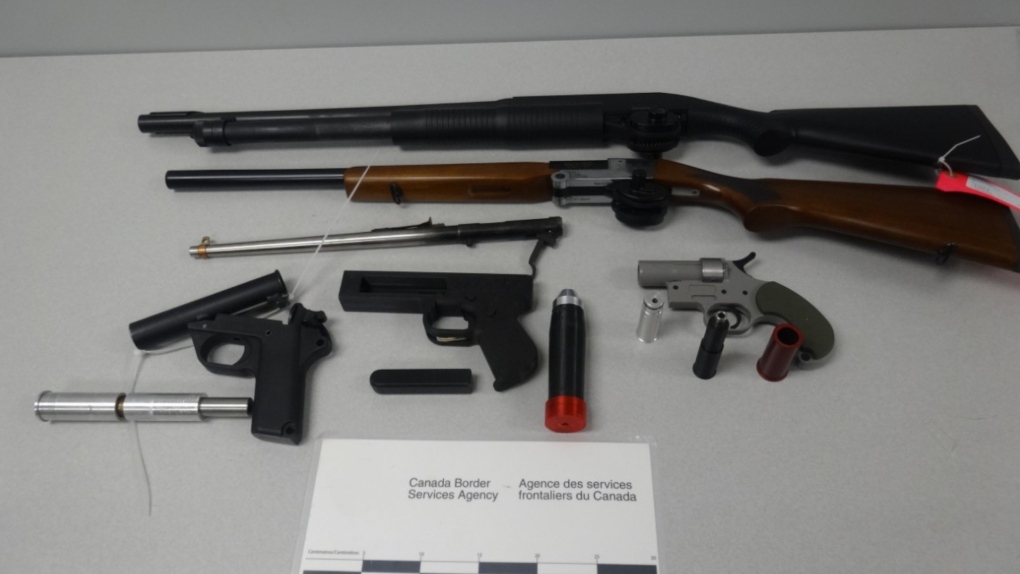 The agency says Brian Burke Taylor, of Porters Lake, N.S., appeared in court Thursday on 23 charges in relation to the importation, possession, manufacture and unsafe storage of various firearms and prohibited devices.

Officials say border services officers at mail centres in Toronto and Vancouver intercepted firearm silencers during an attempt to smuggle them into Canada in August 2019, and a search warrant was subsequently executed at a residence with the help of the RCMP in September 2019.

The search resulted in the seizure of various weapons and prohibited devices, including a 3D-printed gun and various other firearms.

A total of 82 prohibited weapons and devices were intercepted in Atlantic Canada.

This report by The Canadian Press was first published Sept. 25, 2020.