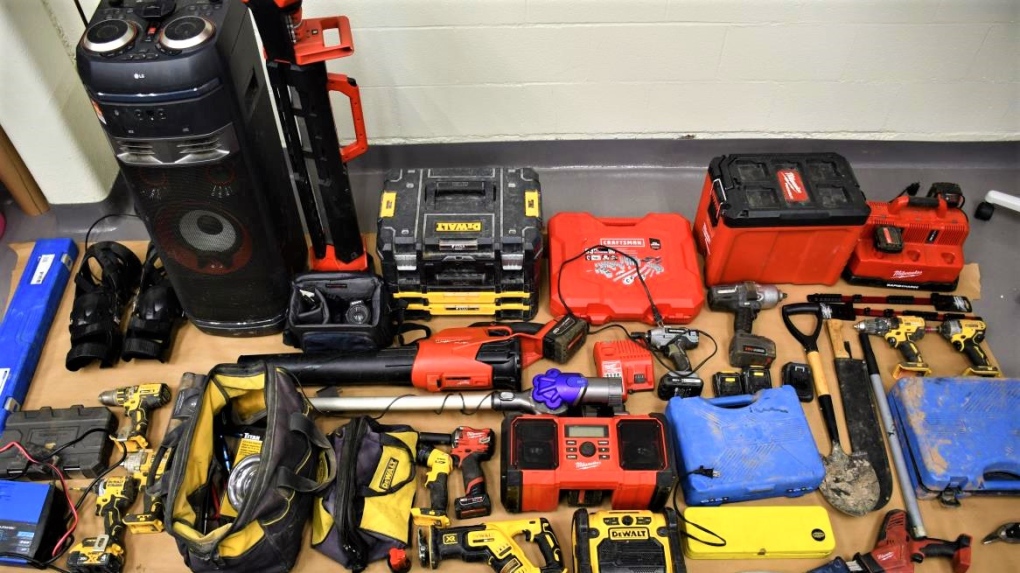 Police seized several items, including a loaded rifle, a shotgun with ammunition, and many high-value tools, including “Jaws of Life” rescue equipment that had been stolen from the Barneys River Volunteer Fire Department. (PHOTO: RCMP)

A man is facing more than three dozen charges after a string of break-ins and thefts -- including the theft of life-saving equipment from a volunteer fire department -- in Pictou and Colchester counties and East Hants.

On Nov. 16, Colchester County RCMP found and seized an abandoned enclosed trailer that had previously been stolen from a property in Valley, N.S.

Police identified a person of interest and arrested a 26-year-old man from Lyons Brook on Nov. 17.

The RCMP executed a search warrant at a property in Lyons Brook on Nov. 18. Police say they seized several items, including a loaded rifle, a shotgun with ammunition, and many high-value tools, including “Jaws of Life” rescue equipment that had been stolen from the Barneys River Volunteer Fire Department.

Police say they also seized a truck that was reported stolen in Ontario in October.

Aaron Eildert Rice, 26, of Lyons Brooks, has been charged with:

Rice remains in custody and is set to appear in Truro provincial court on Wednesday.