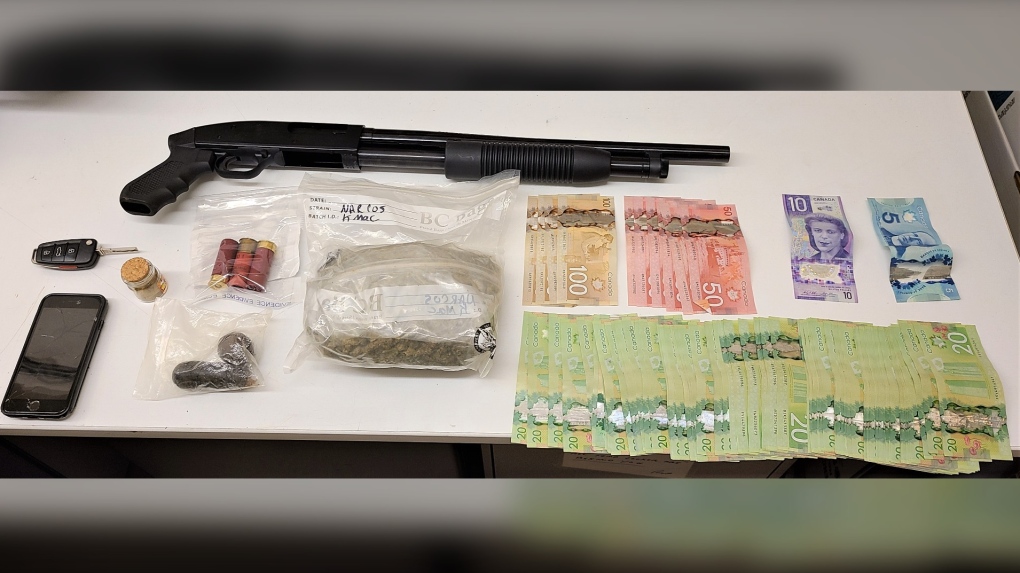 During a search, police seized over $2,000 cash, cannabis, hash, a 12-gauge shotgun and ammunition. (SOURCE: RCMP)

A man is facing multiple weapons charges after police say they seized drugs and a shotgun from a vehicle that had just crashed in Goffs, N.S.

Officers learned the Audi A3 had left the roadway and landed in the ditch.

Police say a witness stopped to help the driver, who wasn’t injured.

While exiting the vehicle, police say the driver placed a firearm in a bag and asked the witness to drive him within cellphone range so he could make a call.

The witness agreed and then returned to the scene of the crash with the man.

The man then grabbed a second bad from the Audi, according to police.

"A search of the bags, completed by officers, resulted in the seizure of over $2,000 cash, cannabis, hash, a 12-gauge shotgun and ammunition," said Nova Scotia RCMP Const. Guillaume Tremblay in a news release.

Poole was held and custody and appeared in Dartmouth provincial court on Tuesday.

Hundreds of homes have been inundated in and around Australia's largest city in a flood emergency that was causing trouble for 50,000 people, officials said Tuesday.