N.S. man gets 15 years for stabbing new girlfriend to death 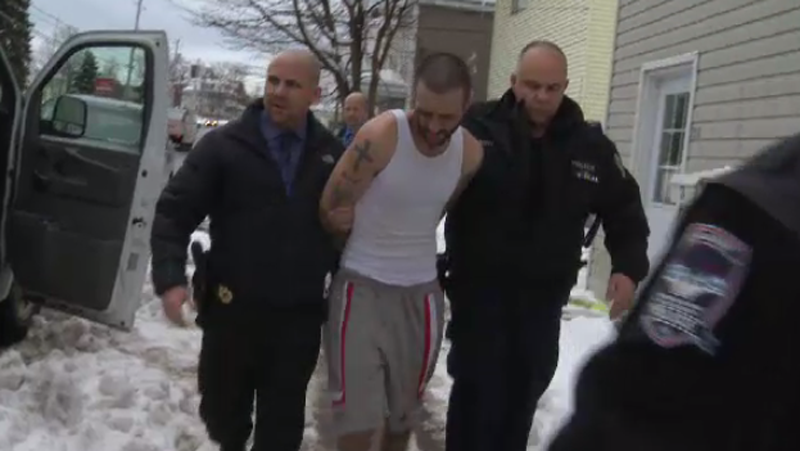 Robert Jason MacKenzie pleaded guilty in the manslaughter death of Agnes Nicole Campbell on Dec. 30, 2015, in New Glasgow, N.S., after she was found on a set of stairs with five stab wounds in her neck.

PICTOU, N.S. -- A Nova Scotia man who admitted to stabbing his new girlfriend to death while drunk and high has been sentenced to 15 years in prison.

Robert Jason MacKenzie pleaded guilty in the manslaughter death of Agnes Nicole Campbell on Dec. 30, 2015, in New Glasgow, N.S., after she was found on a set of stairs with five stab wounds in her neck.

Scaravelli said MacKenzie, 39, and Campbell, 36, were in a weeks-old domestic relationship at the time of her death. She was a mother of three children.

MacKenzie stated he had been clean following a drug treatment program in 2006, but relapsed in the summer of 2015, and was using "everything and anything" up to the time of the incident. He has a criminal record dating from 1997 to 2006.

As a result of a noise complaint from a downstairs apartment, MacKenzie's landlord found Campbell's body at the top of the stairs leading to her new boyfriend's apartment.

An autopsy determined there were five stab wounds to the back and side of her neck, as well as superficial sharp-force injuries to her hands and abrasions on her face.

The next day, police saw MacKenzie leaving an adjacent vacant apartment building carrying a bundle of wet clothing and a fixed blade knife. Forensic DNA testing detected Campbell's blood and DNA on the clothing and other items seized in his apartment.

Significant concentrations of alcohol and methamphetamine were found in Campbell's body.

A drug test performed on MacKenzie more than four days after the incident -- while he was in police custody -- tested positive for methamphetamine and other drugs. He admitted to a "high level of intoxication at the time of the incident."

"The sentence imposed by the court must send a clear message to members of the public who may be tempted to resort to this type of conduct, that punishment will be severe," said Scaravelli.

"The public must be protected and the sentence imposed must reflect the community's complete and utter denunciation."

The judge said the guilty plea was a mitigating factor in his sentencing decision, and noted MacKenzie stated it was "mostly self-defence."

"He did, however, express genuine remorse for the victim and for what he put Ms. Campbell's family through," said Scaravelli, noting the author of the pre-sentence report described him as polite and co-operative.

Several family members reported feelings of physical and emotional devastation in victim impact statements: "Their pain and suffering will not end today nor tomorrow."

The Crown and defence jointly recommended a 15-year prison sentence.

He was given credit for time served, leaving him with roughly 10 years and 107 days left in his sentence.

"I am recommending he obtain the available drug rehabilitation counselling provided by the federal institution," he said.