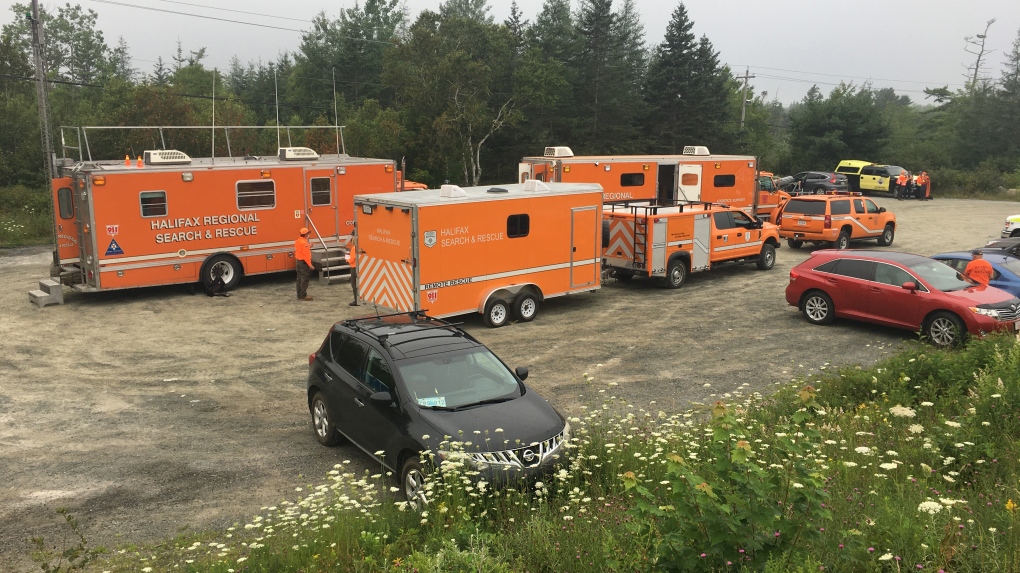 Search crews are seen in the Lake Echo, N.S., area on Aug. 13, 2020, after a 73-year-old man disappeared while picking blueberries the day before.

HALIFAX -- A man who disappeared while picking blueberries in the Lake Echo, N.S., area has been found safe.

RCMP Sgt. Brigdit Leger told CTV News that 73-year-old John Shannahan walked out of the woods on his own late Thursday morning.

Leger said he appeared to be in good condition.

Shannahan, who is from Dartmouth, N.S., disappeared while picking blueberries south of Highway 107, between Lake Echo and Grand Lake, Wednesday afternoon.

Police say he had been with a friend, but they became separated around 5:30 p.m.

The search for Shannahan continued overnigt and into Thursday morning, when there was a heavy police presence along Highway 107 at the kilometre-mark 22, between Lake Echo and Grand Lake.