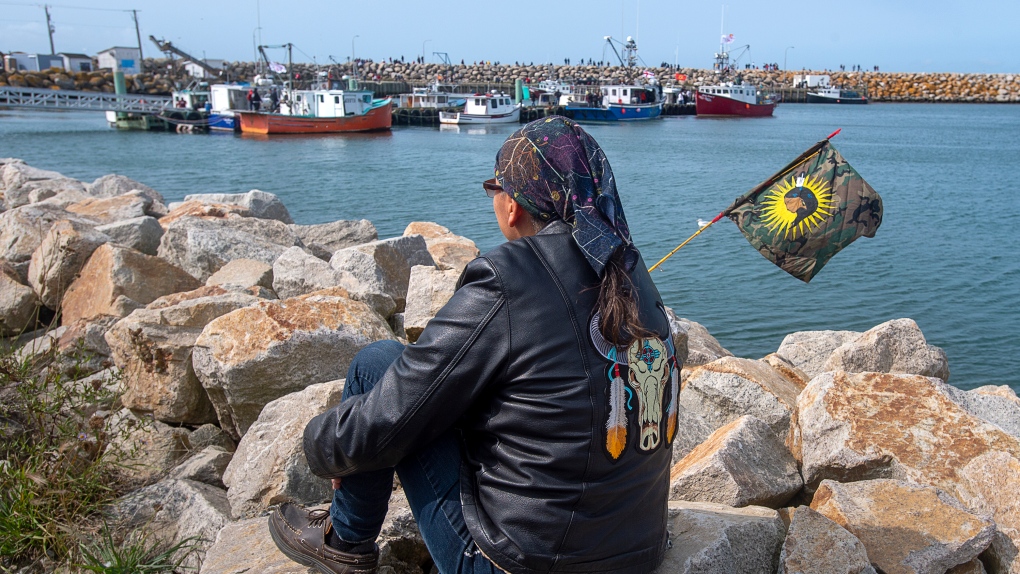 Members of the Sipekne'katik First Nation prepare to go fishing in Saulnierville, N.S., as it launches its own self-regulated fishery on Thursday, Sept. 17, 2020. The First Nation says a 1999 Supreme Court of Canada ruling, known as the Marshall decision, granted the Mi'kmaq the right to catch and sell lobster outside of the regular fishing season. THE CANADIAN PRESS/Andrew Vaughan