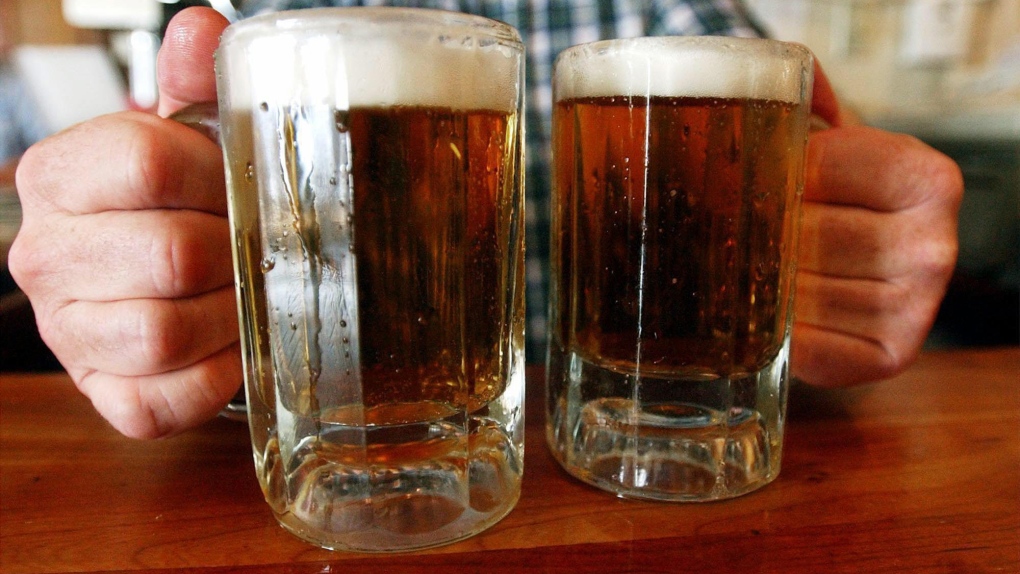 Two mugs of beer at a tavern in Montpelier, Vt. (AP Photo/Toby Talbot)

HALIFAX -- A Prohibition-era law that has for decades required "dry" Nova Scotia communities to hold plebiscites on whether to change their liquor rules is coming to an end.

Nova Scotia's Liberal government announced the change to its Liquor Control Act on Tuesday, making it the last jurisdiction in the country to end the unusual ritual.

The law had called for votes when a business wanted to make or serve alcohol in a dry town, or the Nova Scotia Liquor Corp. sought to open an outlet in communities where the sale is restricted.

There are about 100 communities -- mostly in rural areas and some too small to support a bar -- where the dry laws remained in place since the 1920s.

As of Jan. 1 of next year, their municipal governments can quickly end this status if a brewery or liquor store wants to set up.

Nova Scotia has been the only province that restricted where liquor can be sold or produced through provincial legislation. Other provinces have long relied on municipal zoning or bylaws to impose restrictions.

The list of communities that were considered dry has been based on an old map in a government office in Halifax that is supposed to show which ones are still locked in Prohibition.

But the names are so faded that the document is of little use.

When an application is made for a rural liquor licence, research is often required to determine if the area is still dry because the electoral boundaries have been redrawn many times over the years.

There's also a different list of officially dry communities when it comes to the operation of liquor stores.

Since taverns were first legalized in Nova Scotia in 1948, over 280 plebiscites have been held by the province's alcohol and gaming division.

As Finance Minister Karen Casey made the announcement on Tuesday, she noted recent plebiscites have had poor turnouts and have seen lopsided victories to end the liquor restrictions.

It has also been two decades since any area voted against allowing the loosening of liquor restrictions.

"The requirement dates back to Prohibition, and has become outdated," said Casey.

"They can be costly and they can add months in the time it takes to obtain licences and permits."

The province has seen a flourishing of wineries and small craft breweries in recent years, adding impetus to the Liberals' desire to eliminate the plebiscite practice.