N.S. mom of man with disability testifies in favour of large facility residences 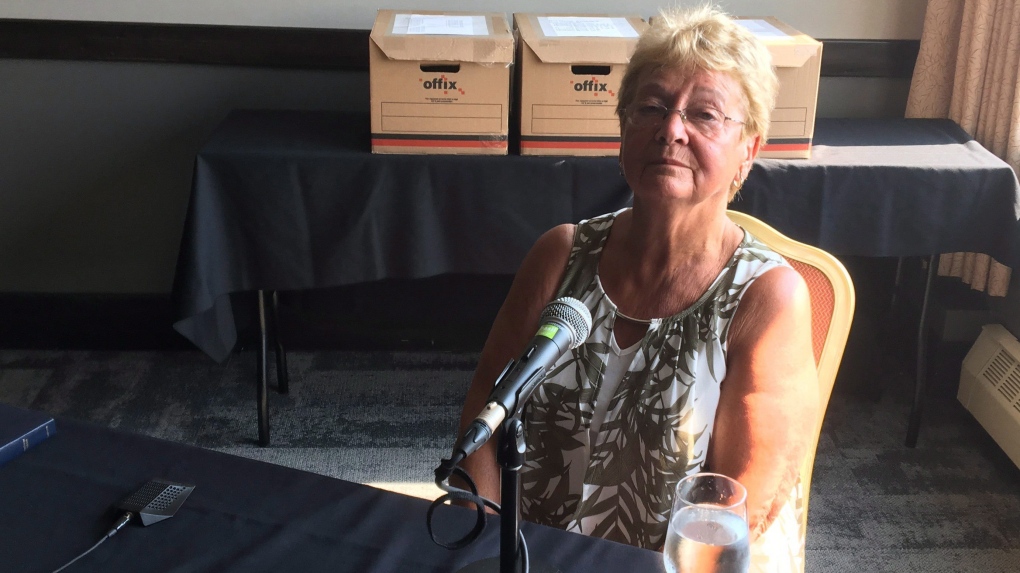 HALIFAX -- A woman whose son lives in a facility for people with disabilities in Halifax defended larger centres in her testimony Monday at a human rights hearing where the complainants are arguing for access to smaller care homes.

Betty Rich, the mother of a resident of the Quest Regional Rehabilitation Centre, said the centre with 24 residents is what she wants for her 50-year-old son Joey Rich.

Rich, who was called as a government witness, said she believes the residents of Quest are safer at the centre, and she would prefer her son continue to live there rather than be moved to a small options home.

"Community living is not for everyone," said the resident of New Waterford, N.S., whose son has intellectual disabilities and cerebral palsy.

Two people with intellectual disabilities, Beth MacLean and Joseph Delaney, have alleged the Department of Community Services violated the Human Rights Act by forcing them to remain at the Emerald Hall psychiatric ward in Halifax for over a decade, even though they had been medically discharged.

The province's lawyers argue that while the province supports the principle of community-based care, it's not a human right as defined in the legislation.

Lawyers for the complainants have argued that failing to give people with disabilities access to a small options homes has diminished their rights in comparison to the housing choices available to people on income assistance.

As of February, there were 1,500 people with disabilities either awaiting some form of support from the Department of Community Services, or awaiting a transfer to a different housing option or location, according to the department.

In her testimony, Rich said she doesn't speak for other families of residents at Quest, nor does she believe there is a simple solution that fits the diverse nature of people with disabilities.

Still, she repeatedly told the inquiry that for her son the health care and support available at Quest was ideal, while suggesting a small options home wouldn't be safe for him.

"Right here, where he is, gives me peace. He's near the best medical treatment," she said.

In May 2014, four mothers with adult children at a special care home in Halifax called for an independent probe into its operations after one of its residents died following an alleged assault by another man living there.

A resident of Quest, Gordon Longphee, 56, died in hospital on May 17 after a scuffle with a 28-year-old resident at the facility.

Rich said in her testimony she believes the incident reflected a poor decision by the care co-ordinators in placing the person who pushed Longphee at the facility, rather than a wider lack of safety measures.

However, during her testimony, Rich was also critical about other large facilities where Joey had been placed prior to Quest, describing former facilities in Cape Breton and Halifax as too crowded and unsuitable for Joey.

She also said she never would "never, ever" have accepted having her son admitted to Emerald Hall facility, as a psychiatric hospital wasn't an appropriate setting for him.

Calderhead said after the testimony that he doesn't accept Rich's view that small options homes aren't as safe as Quest.

He said the latest quantitative research has repeatedly shown smaller homes are safer than homes where there are larger numbers of residents in an institutional environment.

On the first floor there are 24 people who live in two units, while on the second floor there is a joint program between Quest and the Nova Scotia Health Authority, where eight people are in the Community Transition Program.

Rudderham said the Department of Community Services is doing a detailed study on what will be involved in transferring people in larger facilities like Quest or the Breton Ability Centre in Sydney to smaller homes in the community.

He said it's not as simple as turning the lights off and closing facilities.

"We're dealing with people and individuals and their lives ... By next spring we'll have a very good, robust plan to transfer individuals to appropriate settings," said Rudderham.

The civil servant said he expects there will be family members who may object to the move.

"But we do believe as we transition people who are more ready, that their neighbours might see that they are transitioning and they may potentially change their mind."