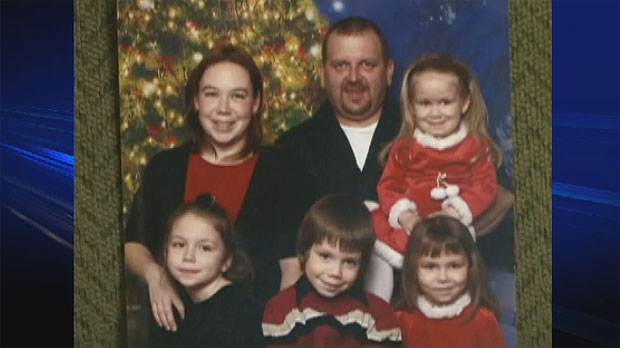 The murder of a Pictou County man is the latest case to be added to Nova Scotia’s Rewards for Major Unsolved Crimes Program.

Thirteen months have passed since 44-year-old Edward William Phalen, a father of four, was shot and killed in front of his home in Trenton.

His family is still looking for answers about what happened the night of Oct. 25, 2011.

“He had a lot of friends, but he must have had enemies too, or this wouldn’t have happened,” says his mother, Carol Phalen.

Police say Eddie Phalen left his home on Mechanic Street and drove to a nearby convenience store around 7:45 p.m. that night.

He was shot minutes later outside his home and police believe the suspect, or suspects, were waiting for him to return home.

Phalen’s wife and four children were inside the home when he was killed.

Witnesses told police they heard the gunshots and spotted a suspect fleeing the scene on foot.

“And they waited for a rainy night, to carry out their execution,” she says.

The government is offering $150,000 for information that leads to an arrest and conviction in the case. They hope the cash incentive will encourage people to come forward.

“The types of leads that are present are not coming to the level that we’d like it to come,” says Nova Scotia Justice Minister Ross Landry.

“We’re hoping that with the awards, it will motivate some people to give some reflection and bring information forward.”

The victim’s family says they want answers, and sooner, rather than later.

“My husband was diagnosed with terminal cancer and it’s like a double whammy for us,” says Carol Phalen. “It’s not getting any easier.”

Under terms of the program, anyone with information about Phalen’s death must provide their name. They may also be called to testify in court.