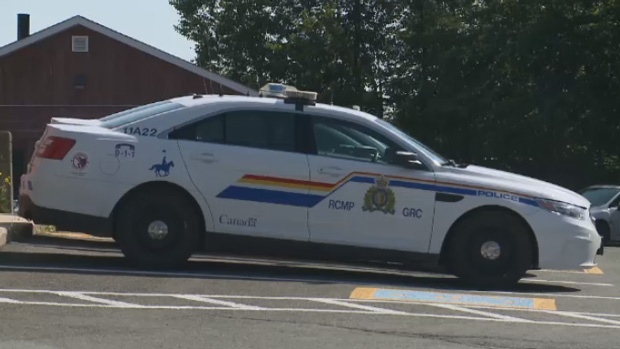 An RCMP vehicle is seen in this undated file photograph.

Police in Guysborough County, N.S., are investigating multiple acts of mischief in the area of Lincolnville and Upper Big Tracadie.

The series of acts, which police believe to be related, were first reported to law enforcement around 11:15 a.m. on Sept 17 when Antigonish County District RCMP received a report of damage to a port-a-potty, a mailbox and a small food pantry on Mattie Road in Upper Big Tracadie. Police say the damage was believed to have taken place overnight and it appeared the items had been damaged by a vehicle.

Then on Sept. 19 at about 7:35 a.m., police in Guysborough County responded to a report of damage to paving equipment at a property on Gero Road in Lincolnville. According to police, officers learned that someone had vandalized construction equipment and a port-a-potty with paint sometime between Sept. 16 and 19. Mobile traffic equipment and a skid steer were also damaged.

Through the course of their investigation, police have gathered information and evidence that suggests the incidents may be related. Police are asking anyone with information about the incidents to contact Guysborough County District RCMP at 902-533-3801.

Refugee and human-rights advocates are telling the Supreme Court of Canada that a binational pact 'contracts out' Canada's international obligations to refugee claimants to the United States, without proper followup to ensure Washington is doing the job.

A former policeman killed 34 people including 22 children in a gun rampage at a daycare centre in eastern Thailand on Thursday, later shooting dead his wife and child at their home before turning his weapon on himself, police said.

Jacob Hoggard is being sued by the Ontario woman he is convicted of sexually assaulting, Tim Hortons and Scotiabank both say they won't sponsor Hockey Canada this season, and food banks are feeling the crunch due to a lack of food donations and high inflation. Here's what you need to know to start your day.