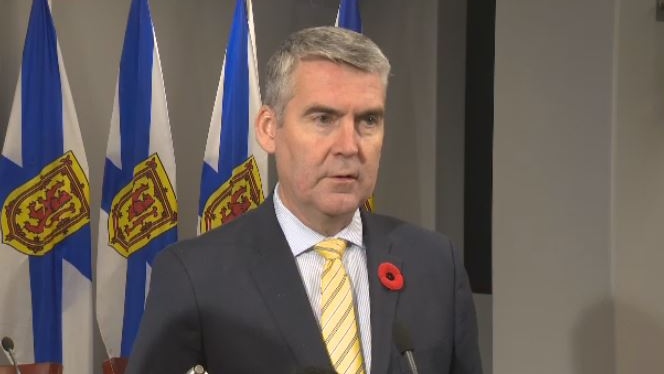 HALIFAX -- As two Canadians detained in China approach one year behind bars, Nova Scotia's premier is defending his latest trade mission to the country as the best way to demonstrate what democracies have to offer.

Stephen McNeil leaves Friday for his eighth trip to China since becoming premier in 2013. The Nova Scotia delegation's two week-long mission will also stop in South Korea and Japan.

McNeil said Thursday he expects the issue of the Canadian detainees will be raised when he meets with Ma Xingrui, governor of China's Guangdong province, but he didn't elaborate.

He said the two countries' national governments are working toward resolving tensions, and his government will do whatever it can to support those efforts.

"We need to continue to build the relationship so as we move past solving those issues we continue to still build a vibrant economy for both of our countries," McNeil said.

Michael Kovrig and Michael Spavor were detained on espionage allegations last December, shortly after Huawei senior executive Meng Wanzhou was arrested in Vancouver on an extradition request from the United States.

Earlier this week, China lifted a ban on Canadian pork and beef products levelled in the midst of the broader diplomatic feud between the two countries. Meat imports were suspended in June after China said customs inspectors found residue from a restricted feed additive in a batch of Canadian pork products.

A follow-up investigation found forged veterinary health certificates attached to the shipment, which led to an RCMP investigation.

While China observers have hailed the development, it's believed relations will remain tense until Meng's case is resolved.

McNeil mentioned the reversal on pork exports and said Nova Scotia would continue to pitch its own exports, the bulk of which come from the seafood sector.

When pressed by reporters on whether the current trip is appropriate, McNeil turned to a well-worn reason for staying engaged with China.

"Isolation and protectionism have never worked." said McNeil. "I think the more we open up our country and our province to not only young Chinese but global citizens that have different governments than we have, it's the best way for us to continue to move towards open democracies in those places."

Speaking for the Opposition, Progressive Conservative lawmaker Allan MacMaster wouldn't offer an opinion on whether McNeil should travel to China given the diplomatic climate, but did question the premier's impact during his overseas trips.

"China needs what we have," said MacMaster. "There's a tremendous demand for things like protein, things like seafood which we have in abundance. I'm willing to bet that China would be wanting to purchase those things from us, whether he goes to China or not."

MacMaster also said he found it ironic the premier was going to China over the Remembrance Day weekend, as the country recognizes those who gave their lives to defend democracy.

Increasing trade with China has been a pillar of the current Nova Scotia Liberal government's overall economic strategy.

China now ranks second to the U.S., which receives about $3.6-billion in exports from Nova Scotia each year.