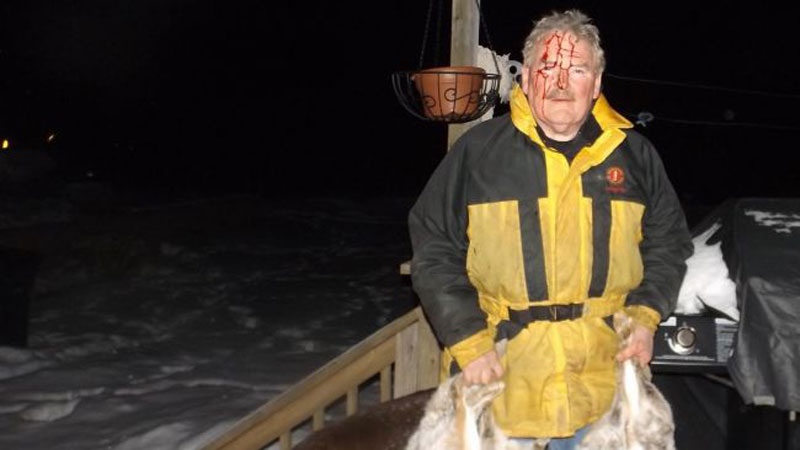 A rabbit hunter from Nova Scotia’s Digby County has some scars and an interesting tale to tell after he came face-to-face with a vicious owl.

Kevin O’Neil was checking his snares in Mink Cove, N.S. Tuesday evening when he spotted the owl.

About 30 minutes later, just as it was getting dark, O’Neil says the owl swooped in and attacked, leaving him with a bloodied face.

Biologist Mark Elderkin says owl attacks on people are rare, but not unheard of.

“This is an exceptional circumstance that this individual found himself in and it’s really a product of the severity of this winter,” says Elderkin.

“This individual who was attacked basically found himself in a situation where they had a top-line predator…which feeds almost exclusively on snowshoe hares and he had snowshoe hares on him when he was coming out of the woods at dusk.”