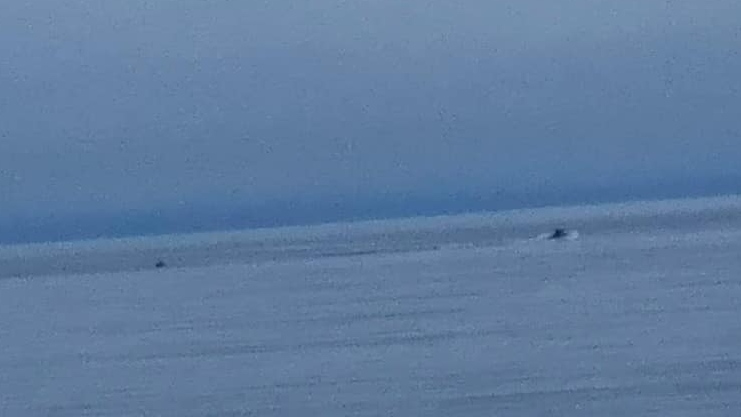 Pictou Landing Chief Andrea Paul said Sunday in a Facebook post an Indigenous fisher was shot at after he went on the water to confirm whether a group of men were removing lobster traps. (Photo via Andrea Paul/Facebook).

PICTOU LANDING, N.S. -- The RCMP say they have arrested four men in connection with shots allegedly fired Sunday on the waters off the Pictou Landing First Nation.

Officers said they responded to a call of gunfire in the Northumberland Strait near the First Nation at around 5:30 p.m. yesterday.

After arriving at the scene, RCMP said they learned a man from the Indigenous band had seen crew members on a fishing vessel removing lobster traps from the water.

The police said in a news release that the man was approaching in a small boat when the fishing vessel accelerated towards him and shots were fired. The man was uninjured and was able to return to port.

A 51-year-old man from Pictou County turned himself in Monday evening and was arrested. The other three men from the area were arrested this morning without incident.

Cpl. Lisa Croteau said Monday no injuries were reported and no charges have been laid so far, as the investigation continues.

RCMP said they believe the shooting was an isolated incident and there is no threat to the public.

Pictou Landing Chief Andrea Paul said in an interview Monday that members of the First Nation were unnerved by the incident.

"They're very upset, (but) I don't think many of them were too surprised by it," she said.

Paul first mentioned the incident Sunday in a Facebook post, saying the fisher was alone when he was allegedly targeted and the assailants were armed with a rifle.

Tensions around Nova Scotia's growing number of Indigenous-run fisheries has been mounting as non-Indigenous fishers have expressed their concerns about fisheries operating outside the federally regulated lobster season.

In September. the Sipekne'katik First Nation launched its own controversial lobster fishery, citing a 21-year-old Supreme Court decision that affirms the Mi'kmaq right to hunt and fish to earn a "moderate livelihood."