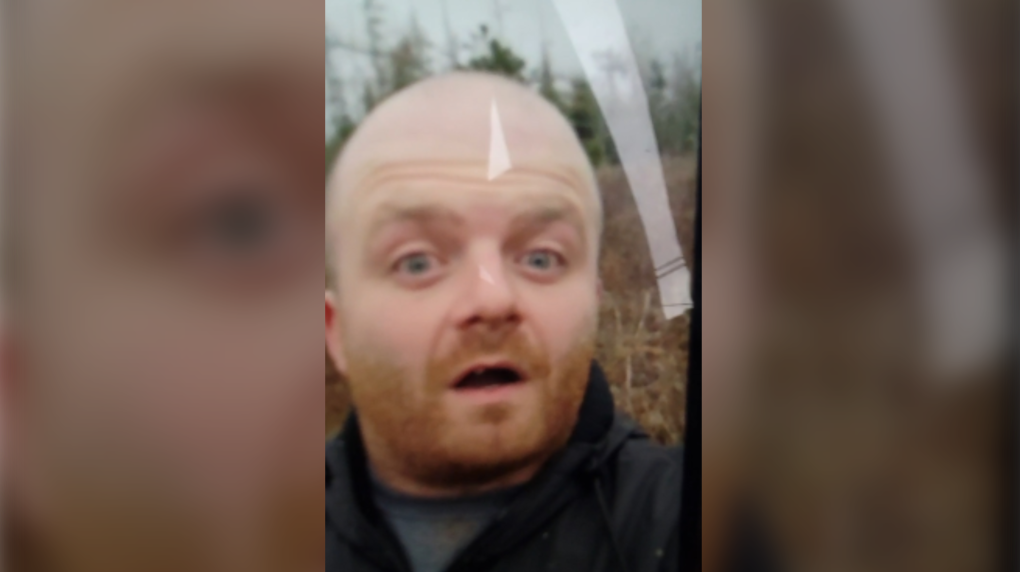 HALIFAX -- Police in Nova Scotia are searching the Nuttby area for a man who is wanted on an arrest warrant for offences related to intimate partner violence and other criminal offences.

At approximately 7:13 a.m. on Nov. 22, police say they responded to a report of a man who was making threats to harm himself and a woman known to him. Police say they learned the man was believed to be in possession of a firearm and had driven into the woods in Nuttby on a green ATV.

Police determined that the man is Michael Roland Sinton, 26, of Upper Brookside, who is the subject of an arrest warrant issued on Oct. 20. Sinton is wanted on multiple charges, including assault, uttering threats, unlawful confinement, mischief, break-and-enter with intent, and for offences related to operation of a motor vehicle.

Sinton is described as 5-foot-7, 180 pounds with reddish facial hair and green eyes.

The RCMP presence in the Nuttby area includes members of Colchester County District RCMP, the Emergency Response Team and Police Dog Services as police continue to search for Sinton.

Anyone who sees Michael Sinton is asked to refrain from approaching him and to call police. Anyone with information on his whereabouts is asked to contact Colchester County District RCMP or Nova Scotia Crime Stoppers.