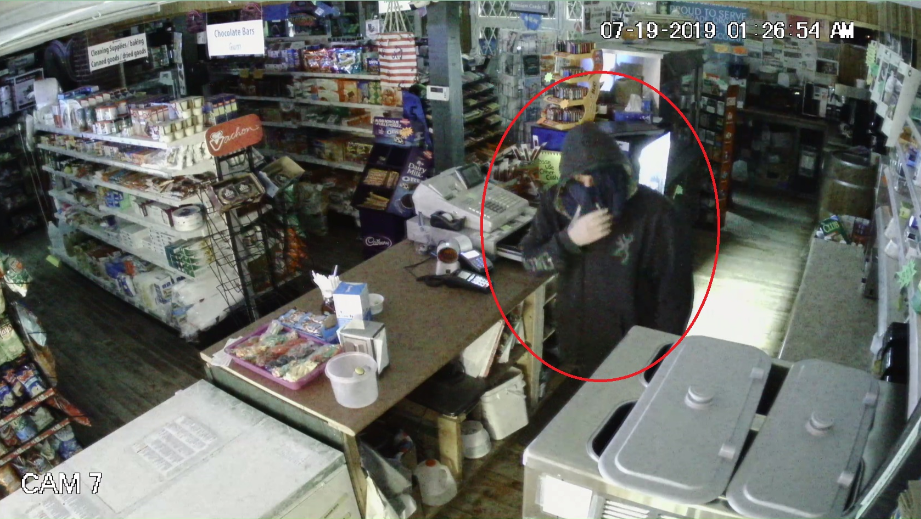 Police allege at 2:30 a.m. two men entered a store by prying open the door. Once inside, they stole a garbage bin and left.

Nova Scotia RCMP are looking for two suspects after a bizarre break and enter in Lockeport, N.S., on Friday morning.

Police allege at 2:30 a.m. two men entered a store by prying open the door. Once inside, they stole a garbage bin and left.

While they were captured on surveillance video, the alleged suspects faces were covered while in the store.

Police describe one of suspects as a heavyset white male wearing light-coloured work boots, dark pants and a black hoodie with a ‘Browning’ crest on the chest. He has a small tattoo on his right hand near his thumb.

Police describe the other suspect as a heavyset male wearing a light-coloured coat with black on the arms, jeans and hiking shoes.

Video surveillance from the store identified a grey GMC extended cab pickup truck driven by the suspects, which police allege was the same truck reported stolen from a home in Sable River. The truck was recovered on Sunday near the business and examined by Southwest Nova RCMP Forensic Identification Section.

Police are asking for the public’s help to identify the suspects involved in the incidents, which they believe are related. Anyone with information is asked to contact Shelburne RCMP.