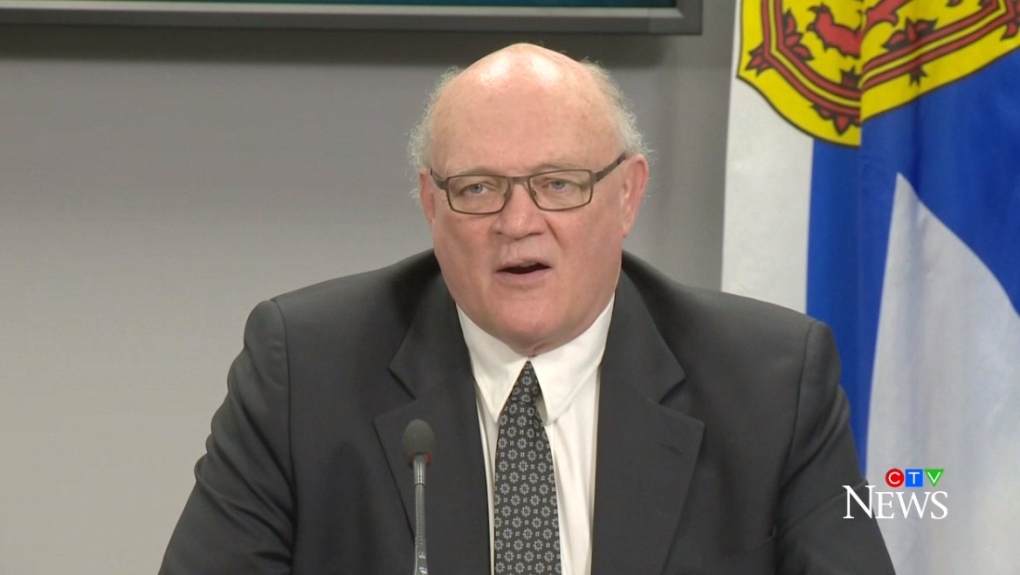 Nova Scotia Chief Medical Officer of Health Dr. Robert Strang provides an update on COVID-19 during a news conference in Halifax on June 5, 2020.

HALIFAX -- For the second day in a row, Nova Scotia is reporting no new cases of COVID-19.

The province isn’t reporting any additional deaths at this time. Sixty-one Nova Scotians have died from COVID-19.

The province says two more people have recovered, for a total of 997 recoveries. Their cases are considered resolved.

According to the provincial numbers, this would leave no active cases in Nova Scotia.

Dr. Robert Strang, Nova Scotia's chief medical officer of health, has explained that the data from long-term care homes comes from a different data source than the one used by public health and is on a different timeline. As a result, the data doesn’t always reconcile.

When CTV News reached out to the province for clarification on Friday’s numbers -- including a question about whether a new case identified in the eastern zone earlier this week has already recovered -- the government provided this response:

“As we have said many times, data is from a number of sources and reporting periods differ. It cannot be combined.”

Strang said Friday that he's encouraged by the fact that the number of active cases at Northwood continues to drop.

"That's very good news indeed," said Strang. "We still aren't able to declare that outbreak over yet, but clearly things are headed in the right direction."

One more person admitted to ICU

There are still three people in hospital as a result of complications due to COVID-19, but one more person has been admitted to the intensive care unit. There are now two patients in the ICU. 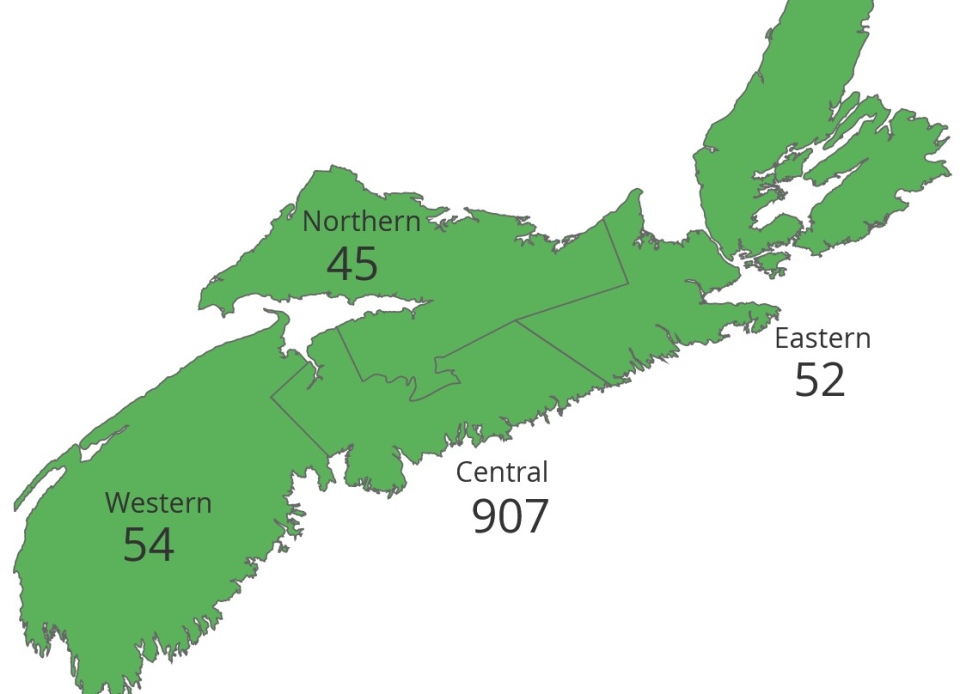 Most businesses that were forced to close at the start of the COVID-19 pandemic in March were allowed to reopen on Friday, if they comply with strict rules outlined in plans approved by the province.

"We are making some progress and this is an important day," said Premier Stephen McNeil. "Many of you are open for business. I want to thank you for your patience and congratulations to you for having the courage to open your doors. This has been a difficult time in our province, there's no question, but today feels like a new beginning."

Businesses that can reopen include hair salons, barber shops, spas and gyms.

Not all businesses may choose to reopen at this time, however. Strang also acknowledged that some people may not feel comfortable heading to a bar or gettng a haircut just yet.

"I know some people are excited, some are anxious, many people are feeling a little bit of both and that's natural and having these mixed feelings is probably the best and healthiest way to approach today in the days and weeks ahead," said Strang.

"It's really good to see that people are able to get back to work, to become more social, have a bit more normalcy back in their lives, but we also need to remain cautious. That's why we're taking this slowly and we have active monitoring and surveillance in place to very closely track the impact of our reopening on COVID-19."

Strang said businesses that weren't forced to close still have to have a plan, but it doesn't need to be submitted for approval.

Trudeau offers $14B to provinces for COVID-19 efforts

Most Canadians support testing everyone for COVID-19: poll

Ontario releasing details on 'Stage 2' of reopening businesses next week

WestJet to offer refunds to some customers

Getting naked in quarantine: Interest peaks in nudist lifestyle during COVID-19 pandemic