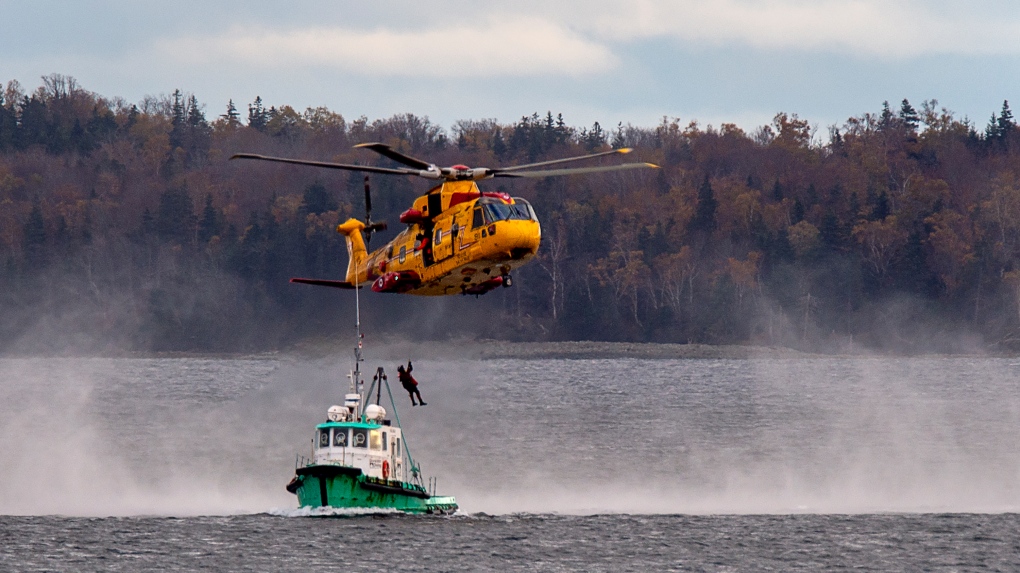 A spokesman for the Halifax rescue co-ordination centre, says the search began about an hour after the man was reported missing at about 4 a.m. on Thursday. A CH-149 Cormorant helicopter, like the one pictured above, was used in the search.
HALIFAX -

Searchers have found the body of a missing fishing captain from a Mi'kmaw community who went overboard during his vessel's journey back to harbour.

The Halifax rescue co-ordination centre says the man's remains were found today at about 2 p.m. after searchers located some of his personal effects floating on the water.

Regrettably, at 2 pm this afternoon, SAR personnel were able to locate the missing captain of the FV Miss Janet. Searchers had found personal effects floating on the water which enabled them to eventually find him.

The search began about an hour after the man, whose identity has not been released, was reported missing at about 4 a.m. on Thursday.

A spokesman for the rescue co-ordination centre says the captain had been at the wheel of the vessel Miss Janet as it travelled from Shelburne to Saulnierville, but when one of the three crew awoke at 3:30 a.m. he was no longer there.

Sipekne'katik Chief Mike Sack has confirmed the man is from his First Nation and he thanked the search and rescue teams, private boat operators and commercial fishers in St. Marys Bay "who have graciously joined the effort to bring our brother home."

Sack says the community is requesting "privacy and support" in the coming days.

The rescue co-ordination centre wrote on Twitter that the remains would be transported ashore, transferred to the RCMP and returned to his family.

Our thoughts and sincere condolences go out to the families, friends, and community. His remains will now be transported ashore, transferred to the RCMP, and returned to his family.