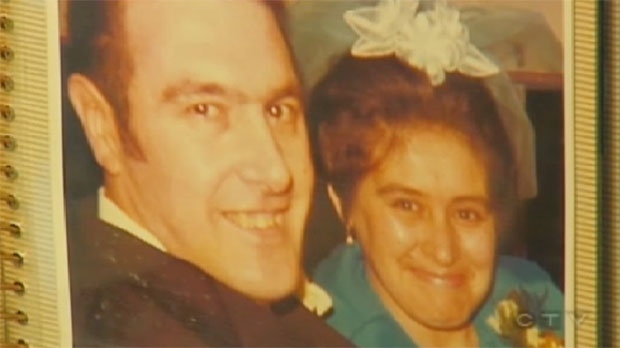 Glenn Oakley is pictured with his wife Sheila.

HALIFAX -- A Nova Scotia Youth Court judge has found a teenager guilty of manslaughter in the shooting death of a senior in the community.

The 17-year-old had been charged with the first-degree murder of Glenn Oakley, who was killed by a shot from a sawed-off .22 calibre on Nov. 19, 2011 while strolling on a bridge.

Judge Ann Derrick said while she was satisfied the teen had caused the 70-year-old man's death, she wasn't convinced he had formed the intent to kill.

During testimony at the trial last month, a co-accused testified the teen and another 18-year-old had gone out to test-fire the weapon on a fire road in the evening hours.

The witness said the two came back to his apartment a while later and seemed shocked and pale.

He testified that when he asked what was wrong, the 17-year-old said he had shot someone.

A man who lived near the shooting scene testified that a teenage girl and her mother who saw the body asked if he would come with them to a bridge.

They said there was someone lying on it and they were afraid to go across.

He said he approached the person, later identified as Oakley, and shook his shoulder but didn't get any response. The man's mouth and eyes were open and he was on his back, the man said.

He said the man's left hand was on his chest near his heart. His right hand was close to his pants pocket, which had been turned inside out. Some coins were scattered on the ground.

The 17-year-old was also acquitted of robbery, but found guilty of the included offense of theft. The judge also convicted him of possession of stolen property, fraudulent use of a credit card and possession of a weapon for a dangerous purpose.

The youth's identity is protected under the Youth Criminal Justice Act.

The teen will return to court Nov. 19 for a status update on a pre-sentence report that has been ordered.

Two other men will be tried in Nova Scotia Supreme Court next year in connection with the defence.