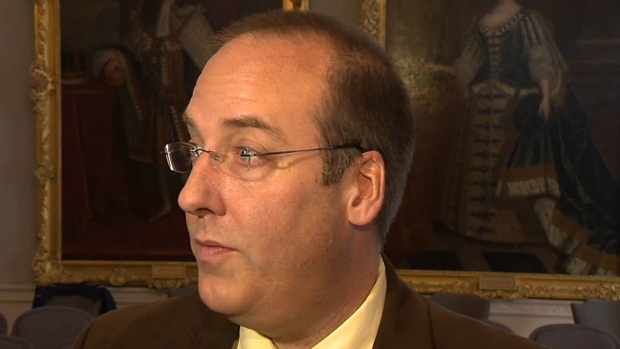 Chris d'Entremont, a 49-year-old former minister of health, announced Saturday he has won the federal nomination as the Conservative party candidate for the riding of West Nova in the fall federal election.

HALIFAX -- The second in a trio of Nova Scotia Progressive Conservatives shifting to federal politics says he'll keep drawing a salary as a member of the legislature -- despite calls from the premier for him to quit immediately.

Chris d'Entremont, a 49-year-old former minister of health, announced over the weekend he's won the federal nomination as the Conservative party candidate for the riding of West Nova.

The veteran politician is one of a wave of high-profile, provincial Tories who've said they think Prime Minister Justin Trudeau's sweep of Atlantic Canada is going to be reversed this fall as incumbents depart and voter dissatisfaction rises.

But first, d'Entremont says he'll draw a salary over the summer as a member of the legislature, leaving campaigning to spare hours.

"I think what I'm going to do is make sure the people of my riding of Argyle-Barrington are well taken care of first and then when things start to ramp up I'll probably take my leave at that point," said d'Entremont.

D'Entremont's nomination comes a week after the naming of Alfie MacLeod, a veteran Cape Breton member of the legislature, to run in Cape Breton-Canso for the Conservatives.

MacLeod has also said he's staying on until September, when the federal Liberals are expected to drop the writ for the fall election.

Meanwhile, Eddie Orrell, the Tory member for Northside-Westmount for eight years, is seeking the nomination in the federal riding of Sydney-Victoria.

NDP member Lenore Zann has said she intends to seek the Liberal nomination for the Truro-area riding of Cumberland-Colchester.

Liberal Premier Stephen McNeil has said it makes "no sense" that three Progressive Conservatives and one NDP member would continue to build up their pensions and receive provincial funds as they begin campaigning for a federal job.

Earlier this week, McNeil said he plans to "modernize" the Nova Scotia House of Assembly Act. However, he said he won't recall the legislature in advance of the federal election to force the four members to resign.

"If you need to create a law to require officials to do the right thing we're in a pretty bad spot," he said.

Progressive Conservative Leader Tim Houston said in a telephone interview on Sunday that in the past, McNeil has left seats vacant for almost six months as the Liberals sought optimal political timing for a byelection.

"As long as members of the legislature can do their jobs and represent their constitutencies, that's the first priority. The premier is anxious to leave people without representation and that's unfair to Nova Scotians," said Houston.

Houston said he will monitor the performance of the nominated federal candidates over the summer, but he expects they can campaign on their own time without harming their work as provincial representatives.

The provincial rules in the House of Assembly Act state members must resign if the member "causes, suffers or permits himself to be nominated as a candidate" for a federal riding.

However, a spokeswoman for the Progressive Conservative Party said a provincial member of the legislature only gains the formal status of "candidate" when federal election officials draw up a formal candidates list prior to the election.