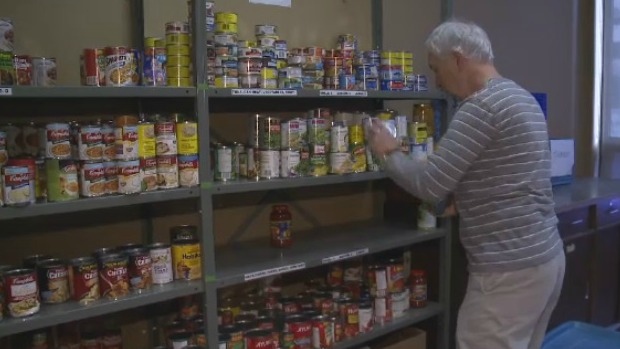 Evelyn McNulty works at a soup kitchen in Saint John. She says she sees more people coming through the door than ever before.

“I think things have actually gotten worse, not better,” says McNulty. “I think a big part of it is, not so much that so many people are unemployed, which there is a great deal of unemployment in Saint John, but people are under paid verses the rate of inflation. So, there's a lot of people which we would classify as working poor.”

Twenty six years ago, the House of Commons unanimously voted to wipe out child poverty by the year 2000 – a promise that has not been kept.

“When this food basket was established, about 33 years ago that the plan was for about two years and so, 33 years later, here we are still battling poverty,” says David McCready, coordinator for the Saint John Community Food Basket.

“When I look at the figures each month, compared to our figures in 2014, month over month, almost 100 per cent of our numbers our down,” says McCready. “Like, we had been surveying client visiting up to 600 a month and we're running now 500 range.”

An overall look at child poverty rates in Atlantic Canada shows too many children are still struggling day-to-day.

In 2013, Newfoundland and Labrador and Prince Edward Island scored slightly under the national child poverty rate of 19 per cent. That number jumped over 21 per cent in New Brunswick and 22.5 per cent in Nova Scotia.

“We can make all these announcements, but what we really need is action, and the province has got to get involved,” says anti-poverty activist Barry Ogden. “I've never seen a community where so many people are involved fighting poverty, there's so many volunteers, but it's the structure of the provincial government and the feds have to get back into housing.”

McNulty says she'll continue to do her part to fight poverty, but she says the government needs to do more to combat this issue and end poverty across the country.