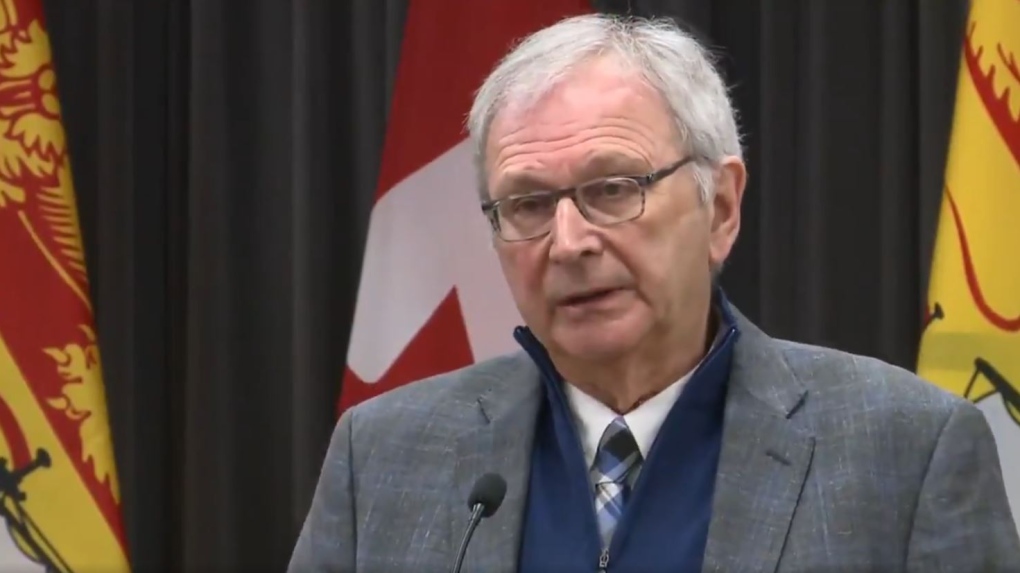 New Brunswick Premier Blaine Higgs says he understands some workers/employers will be affected by this. Hoping everyone can work together.

FREDERICTON -- New Brunswick Premier Blaine Higgs announced all schools in the province will be closed for two weeks, beginning Monday.

The decision was unanimous among all four party leaders, and the chief medical officer of health.

Daycares and early childhood centres are considered essential services, and will not close right now.

The premier says he understands this will be difficult for some families, and will be monitoring how it goes.

He says the province will be assessing the criteria for parents to be able to stay home from work.

"I would say that criteria would very much fall in line with health-care workers and people that we absolutely need to be part of the workforce in this scenario," Higgs said. "So, that's part of the monitoring over the next two weeks."

Higgs says the province is asking people to self-isolate if they've travelled and to take precautions to avoid any spread of COVID-19.

The premier says public health and the province will re-evaluate the closure every day.

He says it's too early to say at this point, if the school year will be extended.

New Brunswick's chief medical officer of health supports the provincial government decision to close schools but didn't have the authority to make that decision under the Public Health Act.

Dr. Jennifer Russell, the province's chief medical officer of health, appealed for calm amid the crisis. She also recommended that all non-essential gatherings of 150 people or more be cancelled or postponed until health officials are better able to determine the risk to people.

This is a developing story. We will provide more details.

Here's the Premier's response when asked if the school year should be extended: #nbpoli pic.twitter.com/apuPSKes5y

Schools in ASD-E will be closed for two weeks as per the Minister of Education’s memo below. Thank you for your support as we continue to work with the Province on this ongoing situation. pic.twitter.com/KiBcnm8ZFC