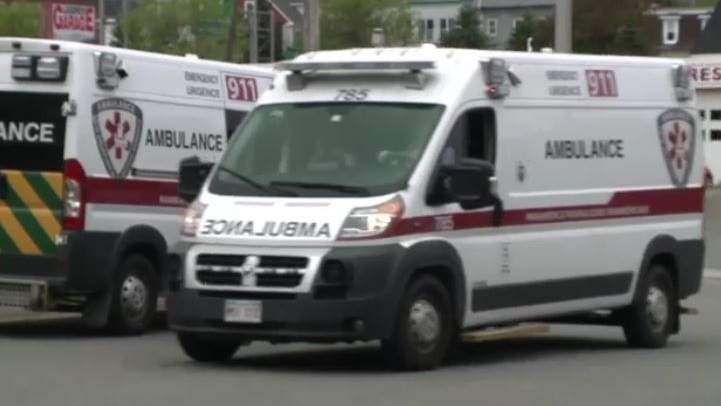 FREDERICTON -- New Brunswick's minority Tory government is eliminating the requirement that it provide bilingual paramedics in every part of Canada's only officially bilingual province.

The province's efforts to address a shortage of bilingual paramedics became a heated issue during the recent provincial election campaign, and critics have said any move to change the requirement could violate the Charter of Rights and Freedoms and the province's Official Languages Act to provide equal services in both English and French.

"I consider today's actions to be in the best interests of New Brunswickers because I am putting their lives and their safety first. To me, there is no other path available," Health Minister Ted Flemming said Tuesday.

He said the changes would only be made in areas of the province that are primarily unilingual.

The change is being made despite a judicial review of language requirements for ambulances, slated to begin next month.

A court ruling last year said bilingual paramedic services must be provided in the province, but a labour adjudicator said there may be ways to lessen the language requirements. The previous Liberal government sought the judicial review to provide some guidance.

The Tory government said last month it was looking to halt the review after announcing a new transfer service for ambulances it said reduced the demand for bilingual paramedics. However on Tuesday, Flemming said the review will be allowed to proceed.

People's Alliance Leader Kris Austin had been opposed to the review but said he's agreed to support it, in exchange for the hiring of more full-time paramedics.

"It's a win for New Brunswickers at the end of the day. We've said for years now that the language requirements was putting lives in jeopardy. This is helping to eliminate that and put more paramedics on the road," Austin said Tuesday.

Green party member, Kevin Arseneau, was critical of the Tory government for consulting with the People's Alliance in advance of the announcement, while only providing notice to his party a few hours before the announcement.

"An anti-bilingualism party negotiating sending language rights to a court case is completely unacceptable and I'd say really insulting for a majority of the people of the province," Arseneau said.

"Does anyone really care what Kevin Arseneau has to say? He's obviously a radical. He can go and do his thing and I'll do mine," Austin said.

He said last year's court ruling holds no weight because it was simply a consent order signed by two lawyers.

Flemming said no matter what the judicial review concludes, he's not going to change what he's doing until a court orders him to do otherwise.

"This is not based on any thing other than what I morally believe to be correct," the minister said.

Chris Hood, executive director of the Paramedics Association of New Brunswick, said he's pleased with the news because it could mean up to 100 more paramedics being hired in the province.

"For us, it does provide some stability to the system, but at the same time we recognize people's rights to be served in the language of their choice," Hood said.

He said he's hoping the judicial review will provide some clarity.

Robert McKee, the Liberal Opposition justice critic, said he's happy to see there will be a judicial review but said it's alarming the government is going ahead with recommendations of the adjudicator's report without having the outcome of the review.

"It's our opinion that the McAvoy decision was not respecting language rights. We could find ourself in the situation where a New Brunswicker does not have the opportunity to have services in the language of their choice," McKee said.

"It's alarming that this government thinks they're above the law."