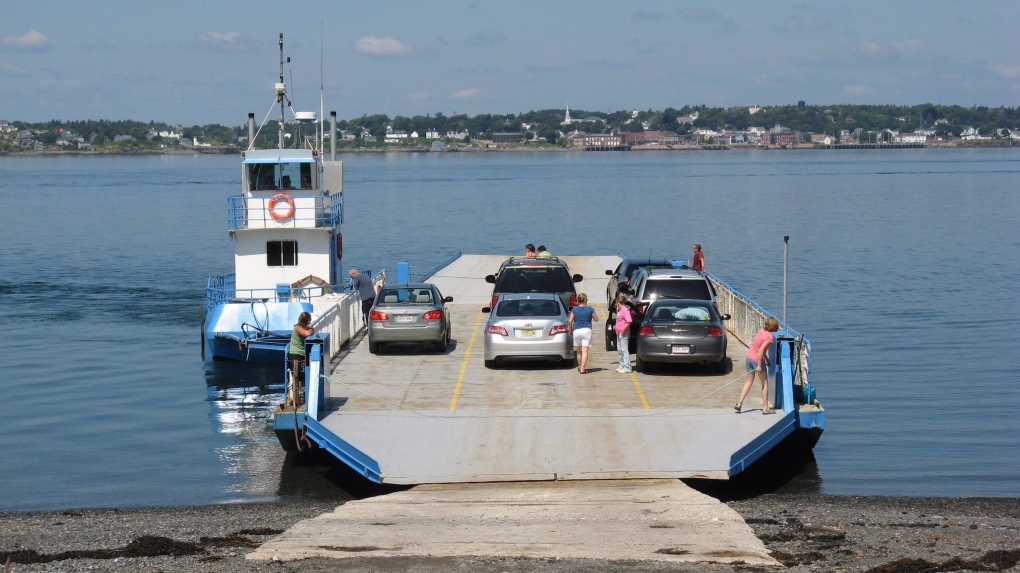 FREDERICTON -- The New Brunswick government is extending ferry service to Campobello Island until the end of the month to help address residents' pandemic concerns.

Residents of the Canadian island -- which is connected by a bridge to the state of Maine -- want a year-round ferry service so they don't have to enter the United States in order to get to the New Brunswick mainland.

The seasonal ferry service ended Sunday after it had already been extended from September to help address concerns during the COVID-19 pandemic.

"We have negotiated with the private company to continue that service to the end of December," Transportation Minister Jill Green said in an interview Tuesday.

She confirmed the province will subsidize the private ferry service -- run by East Coast Ferries -- until the end of the month but would not say how much is being spent because negotiations were ongoing. The extended service will operate four days a week, weather permitting.

The extension falls short of the year-round service that residents have been seeking.

Premier Blaine Higgs made the commitment during a video meeting with members of the ferry committee in May.

"It's getting more and more frustrating, because we feel totally abandoned. Are we real Canadians? Are we fake Canadians?" Robichaud asked.

Campobello Island -- with a population of 900 -- is a popular summer tourism destination and was the summer home of former U.S. President Franklin Roosevelt.

The island's residents have been given an exemption to travel into Maine for gas and medical needs without having to self-isolate upon return.

Robichaud said while they are exempt to travel into Maine, they are not exempt from contracting the COVID-19 virus. There have been almost 12,000 COVID-19 cases in Maine and 214 related deaths since the pandemic began.

"I encourage residents of Campobello Island to limit trips off the island to minimize risk," Higgs said last week.

Green said the province is open to talking with the federal government about a permanent ferry connection, but no talks are planned at this time.

"The department has reached out to our federal counterparts more than once, and they have not jumped on the bandwagon to do that," she said.

When asked for comment on year-round service for Campobello, a spokesperson for federal Transport Minister Marc Garneau referred questions to the ferry operator.

Kathy Bockus, the Progressive Conservative member for the provincial riding that includes Campobello Island, said she was pleased with the extension and will continue to push for a permanent ferry for the island.

This report by The Canadian Press was first published Dec. 2, 2020