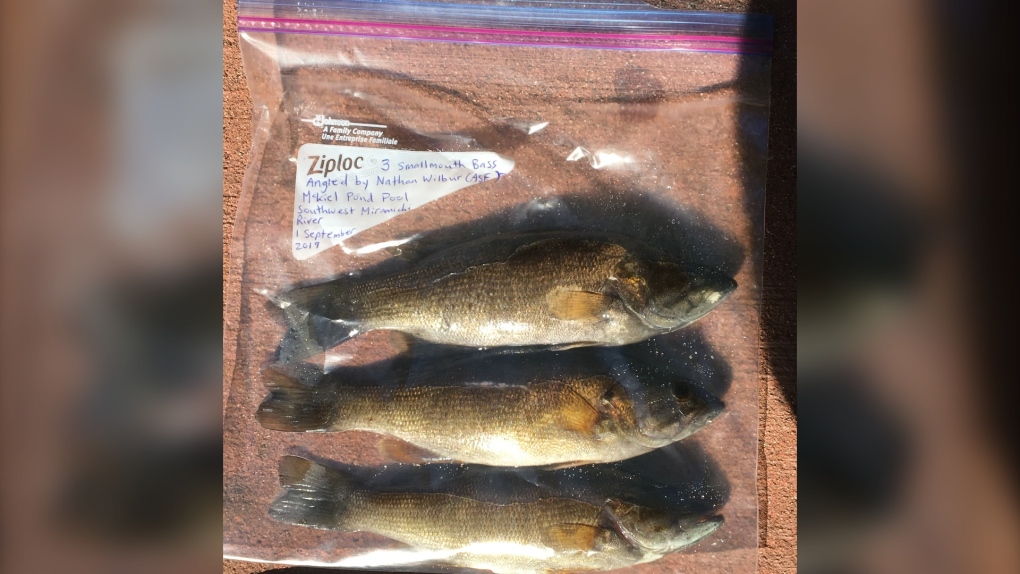 A plan to use a pesticide to get rid of invasive smallmouth bass in New Brunswick's Miramichi watershed will move ahead this summer, according to the group mounting the operation.

Neville Crabbe, spokesman for the Working Group on Smallmouth Bass Eradication in the Miramichi, said it has until the end of September to carry out its work, which will involve the use of the chemical rotenone to kill the fish. Rotenone targets fish gills and inhibits their breathing while leaving birds and mammals unaffected.

Crabbe said measures have been taken to protect as many non-invasive fish as possible, including the erection of barriers and the removal of fish to other areas, where possible.

Crabbe, who is also director of communications for the Atlantic Salmon Federation, said his group's motivation is ecosystem preservation.

"The (area's) future will depend on the outcome of this project," Crabbe said in an interview Monday. "We are either looking at a future with a quickly spreading invasive species, or one where we are able to restore the native ecosystem."

Smallmouth bass, which were first detected in the Miramichi watershed in 2008, can alter ecosystems by preying on native species of fish such as Atlantic salmon and brook trout.

The working group, which is composed of Indigenous and non-governmental organizations such as the Atlantic Salmon Federation, put its operation on hold last September after protesters refused to leave the areas around Miramichi Lake, Lake Brook and part of the Southwest Miramichi River.

Crabbe said since the project was halted last fall, the working group has held five community meetings and "countless other meetings" in an attempt to assuage fears and educate about the chemical's use.

He didn't give specific dates for the operation but said 24 hours' notice will be given through signs posted in the area. Rotenone will be either sprayed or introduced directly into the water, and people will be asked to stay away from those areas while the operation is underway.

"The vast majority of the rotenone isn't actually sprayed. Most of it is delivered underneath the surface of the water, or through drip cans set up on rocks," he said.

Crabbe added that in this instance, the chemical, which has been in use since the 1950s, will be used in amounts below the threshold set by Health Canada for safe recreational use.

"Some people don't know this, some people ignore it," said Ginnish. "This is a localized, short-term impact for the benefit of the entire 13,500-square-kilometre watershed. If we felt otherwise, we would not be leading it."

The chief said further delay could guarantee the establishment of smallmouth bass outside of the project area.

"We are committed to completing this critical conservation project," Ginnish said. The North Shore Micmac District Council is a member of the eradication working group.

Rotenone was recently used by the Nova Scotia government to combat the introduction of smallmouth bass at Piper Lake in Pictou County. The move was supported by a number of conservation groups and the Halifax-based Ecology Action Centre.

Raymond Plourde, the action centre's senior wilderness co-ordinator, said while his organization does not support the use of chemicals in the environment as a general principle, the battle against invasive fish species can be an exception.

"Serious situations call for, in some cases, a serious response," Plourde said. "The use of rotenone is not ideal, but it is far better than letting them (smallmouth bass) spread throughout the system and completely and forever changing the species composition."

This report by The Canadian Press was first published Aug. 8, 2022.

Fishers and property owners in Newfoundland and Labrador are awaiting word about possible government assistance and are left wondering whether it will be enough to fill the gaps.

As scientists and environmental experts assess the damage left by Fiona, one of the Maritimes' essential ecosystems was severely hit and it could potentially take up to a decade to recover.

Hurricane Ian knocked out power across all of Cuba and devastated some of the country's most important tobacco farms Tuesday when it slammed into the island's western tip as a major hurricane.

For those looking to buy an orange shirt ahead of Orange Shirt Day on Sept. 30, Indigenous designers are asking the public to make sure their purchase is actually going towards supporting the cause.

How hard is it to cheat at a chess tournament? Experts weigh in amid Carlsen, Niemann scandal

While experts say it would be 'extremely difficult' to cheat at a high-level chess tournament, it has happened before.

Federal authorities are set to close Canada's borders Wednesday to commercial dogs, including ones being put up for sale or adoption, from more than 100 countries deemed to be at high risk for canine rabies.