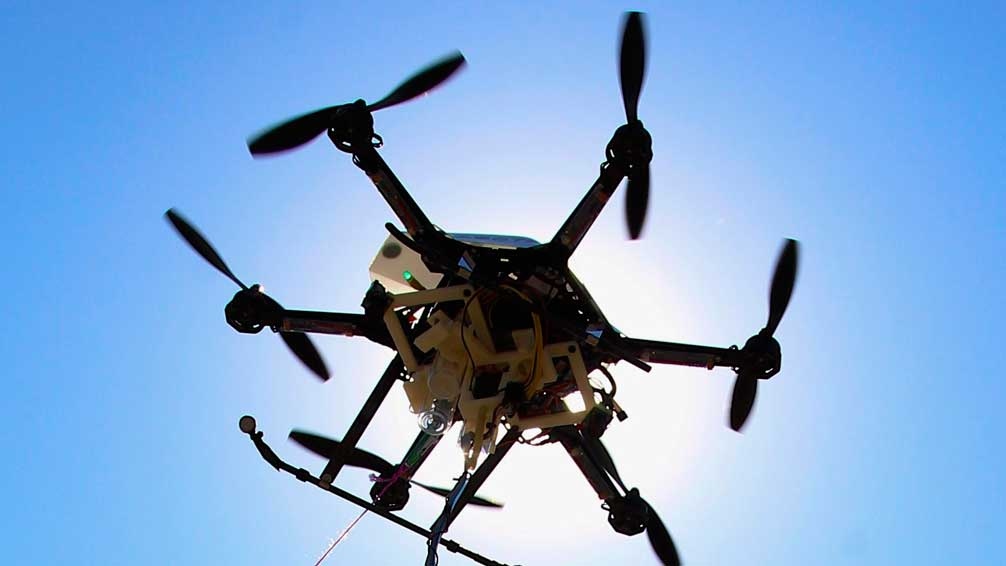 New Brunswick's government has become the latest to take a hard line against the use of drones by hunters as the province's annual moose hunt kicks off.

The province's Fish and Wildlife Act does not explicitly mention drones, but it does prohibit the use of aircraft in connection with hunting, except for transportation. Transport Canada considers a drone to be an aircraft, so the minister says this means hunters cannot use drones to track wildlife.

A department spokesperson said the province has not received any reports of hunters using drones.

New Brunswick is not the only jurisdiction to interpret "aircraft" as including unmanned aerial vehicles, or drones.

But as drone technology has become more affordable, a growing number of provinces and U.S. states have adopted legislation to specifically prohibit hunters from using drones to track animals, including Manitoba, Saskatchewan, Alberta, British Columbia, Alaska and Texas.

British Columbia's fine for hunting with a helicopter or drone ranges from $2,500 to $250,000, with the possibility of up to two years in jail.

Opponents of the practice cite the ethical hunting principle of fair chase, arguing drones give hunters an unfair advantage over the animals.

At the same time, some on social media and in hunting blogs have encouraged drone-assisted hunting, with online outlets ranking the best hunting drones and YouTube videos of drones tracking animals generating thousands of views.

In Nova Scotia, where officials also interpret "aircraft" to include drones under the provincial Wildlife Act, one hunters' group wants the government to take a firmer legislative stance.

The Nova Scotia Federation of Anglers and Hunters has already adopted a policy against using drones in hunting and has asked the government to update the law's wording.

Mike Pollard of the federation said drones can be helpful tools for identifying and counting animal populations, but their use in hunting is unfair to animals and clashes with his group's ethical principles. He said governments have had enough time to define the rules as drones have become more popular and accessible.

"We think it's real simple. Just ban it for hunting purposes," Pollard said.

"Drones have been around long enough that we should have definitive, descriptive regulations surrounding them regarding hunting."

In the Northwest Territories, where caribou herds are dwindling, a decision on final regulations around drone use was deferred after the issue sparked debate last summer.

Indigenous groups in the territory are divided on banning drones in caribou hunting. Some argue the ban should apply to all hunters to preserve the animals, while others say Indigenous people should be exempt.