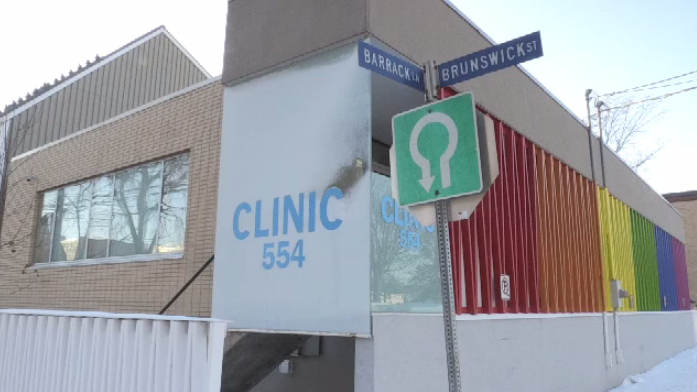 New Brunswick provides abortion services at two hospitals in Moncton and one in Bathurst, but it has refused to pay for the procedure at Clinic 554 -- a private facility in Fredericton.

FREDERICTON -- The New Brunswick government is standing firm in its position that it is not violating the Canada Health Act by refusing to fund out-of-hospital abortions.

"We are working with the federal government to address their concerns," New Brunswick Health Department spokesman Bruce Macfarlane said in a statement Wednesday. "We want to ensure the federal minister of health has a full and accurate understanding of the services provided in New Brunswick."

He maintained that the province is "meeting the requirements under the Canada Health Act."

The comments came after federal Health Minister Patty Hajdu this week tabled in the House of Commons a report on the Canada Health Act, which is the legislative framework underpinning universal health care.

"In New Brunswick, surgical abortion services are only covered under the provincial health insurance plan if performed in a hospital; procedures provided in the private clinic in Fredericton are not covered," the report states.

"Any patient charges for surgical abortions would be considered extra-billing and user charges under the act, and would result in penalties."

Hajdu has written to New Brunswick to state that position, and last fall Prime Minister Justin Trudeau said he would remind Premier Blaine Higgs that his province has an obligation to fund out-of-hospital abortions or risk penalties. Trudeau and Higgs also discussed the issue during a meeting in December.

On Wednesday, Hajdu repeated her concerns.

"Women are not covered in specific regions of that particular province, so I have spoken with my counterpart, Minister (Ted) Flemming, and we'll continue those conversations. I've also advised him that we expect the province to come into compliance and ensure there is equity in access, in particular around abortion," she told reporters in Ottawa.

"If they don't come into compliance with the Canada Health Act, they will be subject to deductions as appropriate for the specific infraction."

The next step should the issue not be resolved by the end of March would be deductions from New Brunswick's Canada Health Transfer, however Hajdu said there is still time for negotiations.

New Brunswick provides abortion services at the Moncton Hospital, Dr. Georges-L.-Dumont University Hospital Centre in Moncton and the Chaleur Regional Hospital in Bathurst, but it doesn't cover the procedure at Clinic 554 -- a private facility in Fredericton.

The operators of the clinic have warned they might have to close without provincial funding. The clinic's fate drew attention to the provincial policy and became a focal point on the issue of abortion access during the fall federal election.

New Democrat Leader Jagmeet Singh was among those calling on the provincial government to fund the clinic.

This report by The Canadian Press was first published Feb. 26, 2020.

-- With files from Laura Osman in Ottawa