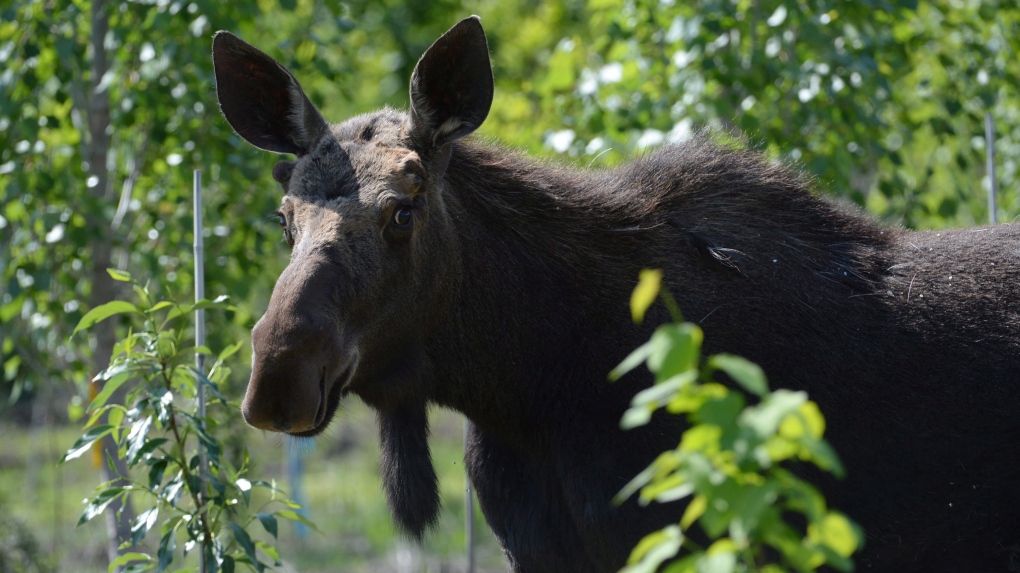 A moose makes its way through a nursery in Midway, B.C., Wednesday, May 16, 2018. (THE CANADIAN PRESS/Jonathan Hayward)

New Brunswick RCMP is investigating after a man died in a collision involving a moose and an ATV in Rosaireville, New Brunswick on Friday.

At around 8:30 p.m. on Friday, RCMP say they responded to a collision on Route 440 in Rosaireville.

Police say the driver was travelling westbound with his ATV when he hit a moose which was attempting to cross the road.

The driver, a 55-year-old man from Collette, N.B., died at the scene. A passenger on the ATV, a 52-year-old woman, was taken to hospital with non-life threatening injuries.