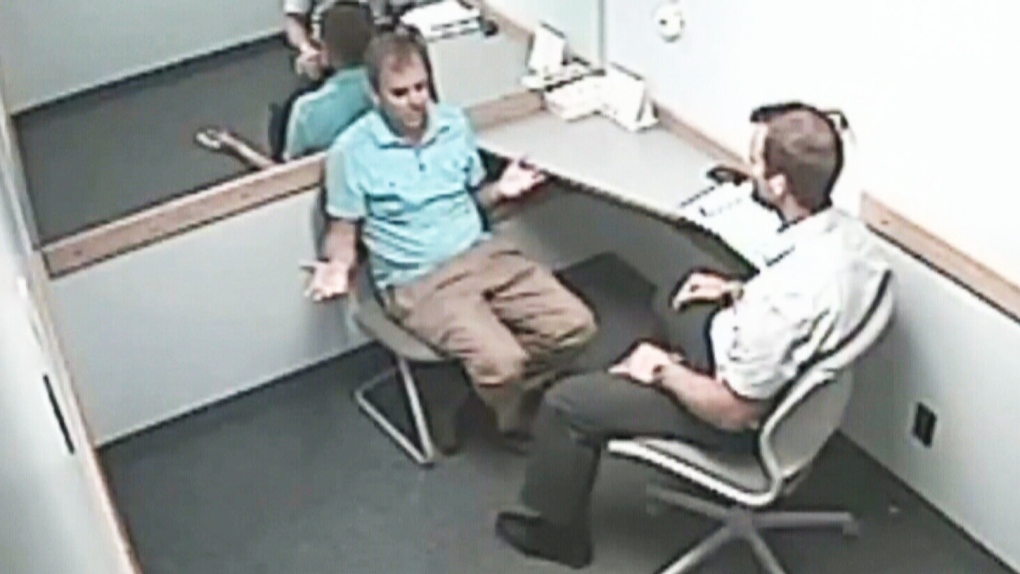 The New Brunswick Police Commission says it's reviewing how it conducts investigations, a day after facing criticism about its handling of a probe into a senior officer's conduct following the murder of millionaire businessman Richard Oland.

FREDERICTON -- The New Brunswick Police Commission says it's reviewing how it conducts investigations, a day after facing criticism about its handling of a probe into a senior officer's conduct following millionaire businessman Richard Oland's murder.

Lynn Chaplin, acting chairwoman of the provincial police commission, says in a statement Friday that the review is part of a "strategic planning process" launched earlier this month.

She says the process will carry on in the new year, and also includes a review of the commission's investigators' manual and operational procedures.

Chaplin says the review will ensure the commission fulfills its role of "safeguarding the public interest in policing in New Brunswick."

Her comments come after the New Brunswick Police Association accused the police oversight body of being "out of control," and alleged the commission is being run in an "abusive, authoritarian fashion."

Bob Davidson, executive director of the New Brunswick Police Association, said the case of Glen McCloskey -- a former deputy chief of the Saint John Police Force who came under scrutiny during the first murder trial of Dennis Oland -- is an example of the commission "completely ignoring legislative rights."

"The McCloskey case points outs violations under both the Police Act and the Privacy Act," Davidson, whose association represents municipal police officers, said Thursday. "There has been a continued abuse of process and ignoring legislation."

In 2015, a witness alleged McCloskey asked him to change his testimony not to reveal the high-ranking officer had been at the crime scene.

McCloskey denied the allegation when he took the stand, but said he had entered the crime scene because he was curious.

The police commission agreed it would investigate his conduct once Oland's trial had concluded.

Although McCloskey retired before a hearing by the provincial police commission was held -- the commission only investigates officers on active duty -- it still gathered information on the matter.

Davidson alleged the police commission violated McCloskey's privacy by giving its entire file on McCloskey to lawyers involved in the second Oland trial, prompting a complaint to the province's Office of the Integrity Commissioner.

He said a decision earlier this month found the police commission did not have authority to disclose the information to Crown prosecutors or the defence team, and had breached McCloskey's privacy in two instances by disclosing his personal information.