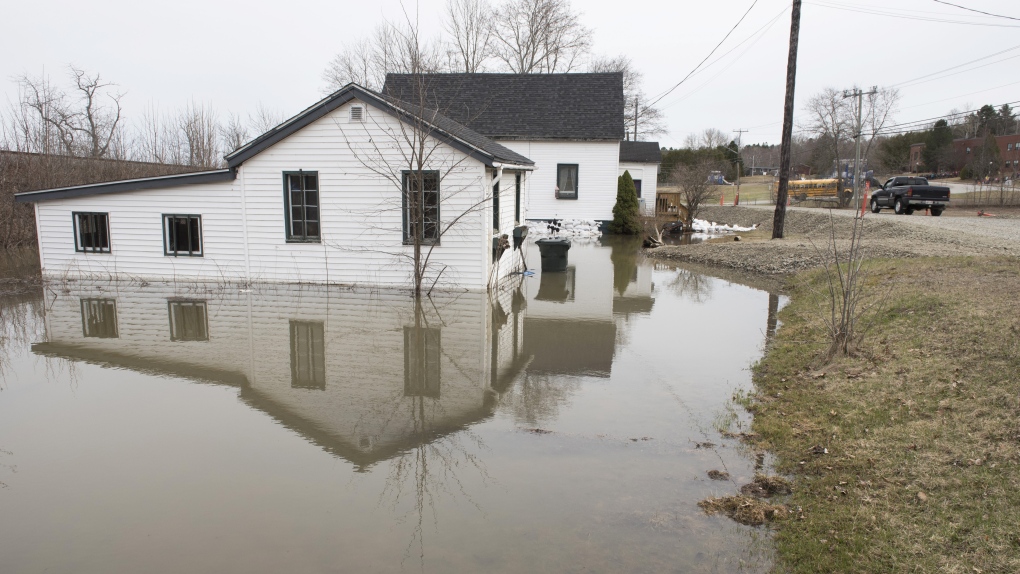 A house is surrounded by flood water on the Nerepis Road in the town of Grand Bay - Westfield, N.B. on Friday April 26, 2019. (THE CANADIAN PRESS/Stephen MacGillivray)

The organization says a total of 1,570 people registered for assistance after the floods.

It says seven households are still getting help because of ongoing problems with property damage.

Federal officials say 5,500 homes along the Saint John River flooded or were at risk of flooding when the river spilled its banks in April.

In total, about 383 square kilometres of land in the area between Fredericton and Saint John was flooded.