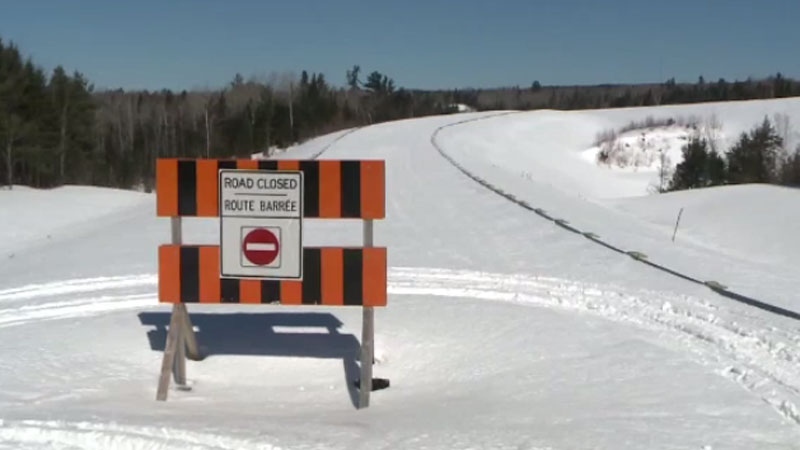 The Marysville bypass is scheduled to be completed this summer. (CTV Atlantic)

A new stretch of highway is nearing completion in New Brunswick.

The Marysville bypass was supposed to be a quick, safe way around a dangerous stretch of highway between Fredericton and Miramichi. Work started more than five years ago and is scheduled to be completed this summer.

But Liberal MLA Bill Fraser says the project should have been finished by now.

The new road will divert traffic from what has become a largely residential area of Fredericton and a narrow, winding stretch of road that some consider dangerous. Rural residents say they are eager to drive along the new route.

“It'll definitely cut down on the trucking route anyway, cause there's a lot of truckers on the old highway, number eight, it will definitely make a big difference there,” says Lower Durham resident Lloyd Delorey.

The New Brunswick Department of Transportation says $120 million has been spent on the almost 40-kilometre section of highway.

Transportation Minister Claude Williams says the work has been done even as the province struggled with its budget.

“Some of the work needed to be put on several years and, again, we are happy that this is the final stretch and it will be completed this year," says Williams.

The road is expected to be completed by the end of August.