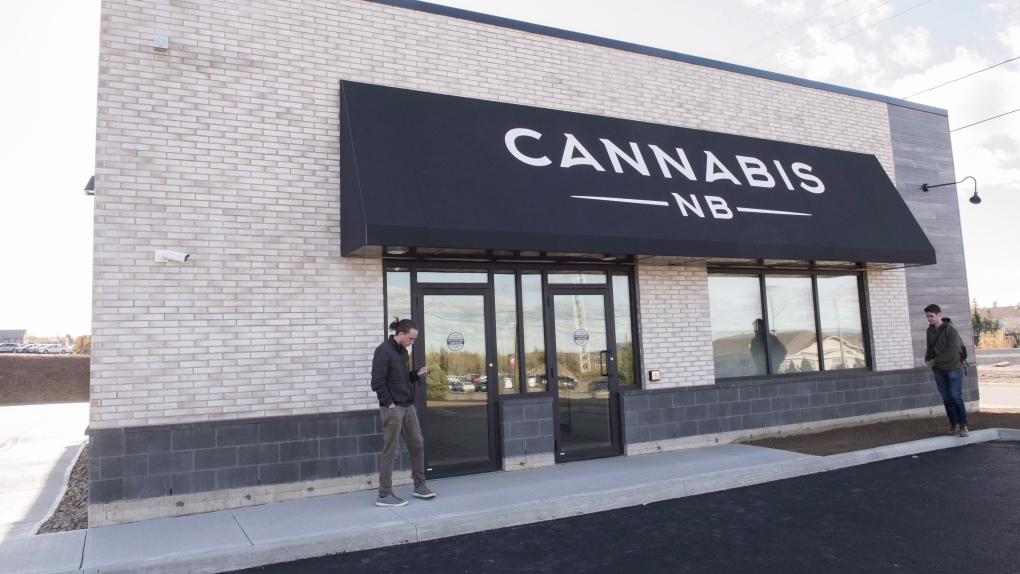 The exterior of a Cannabis NB retail store is shown in Fredericton, N.B., on Tuesday October 16, 2018. (THE CANADIAN PRESS/Stephen MacGillivray)

TORONTO - Statistics Canada says the average cost of a gram of dried cannabis has gone up by more than 17 per cent since legalization, with consumers in New Brunswick and Manitoba seeing the biggest sticker shock.

The government agency says the average price per gram post-legalization was $8.04, approximately 17.3 per cent higher than the pre-legalization price of $6.85.

Statistics Canada based these conclusions on price quotes gathered using the StatsCannabis crowdsourcing application between Oct. 17, 2018 and March 31. The agency urged caution when interpreting the self-submitted data.

New Brunswick's pre-legalization cannabis prices were among the lowest in Canada, but the province has seen the biggest post-legalization price surge with an increase of 30.5 per cent, to an average of $8.27 per gram.

Manitoba saw the second-largest post-legalization price hike with an increase of 27.7 per cent to an average of $9.14 per gram.

Statistics Canada says the highest average post-legalization price per gram was in the Northwest Territories at roughly $14.45 per gram compared with the lowest price of $6.75 per gram in Quebec.