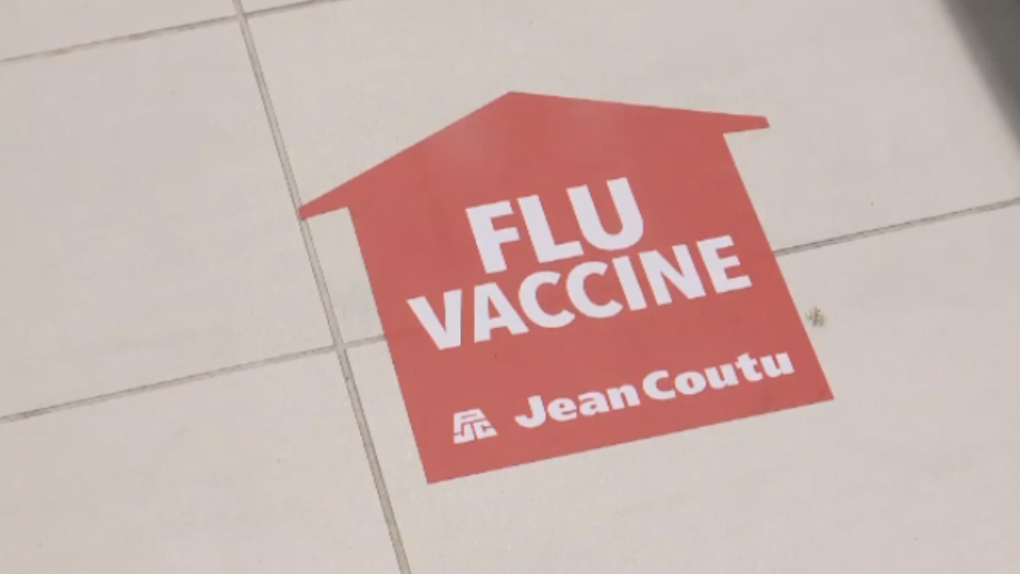 "Demand on the pharmacy been up probably about 30 to 40 per cent since March – other than a little slowdown in June," says Bursey. "Now, it's picking up even beyond that because of flu season – so it's been extremely busy."

HALIFAX -- Expecting high demand, New Brunswick has ordered more flu vaccine in 2020 than ever before. However, one pharmacist says demand is still outweighing supply as of mid-October.

Pharmacist Alistair Bursey, says his Fredericton pharmacy went through its first batch of vaccine – 500 doses – in three days. While the supply was depleted relatively quickly, he says it's a good thing.

"We used to go through that in about two weeks. So, you can imagine that demand is through the roof," says Bursey, who usually orders about 1,000 doses; but believes he'll need much more for the 2020 flu season.

"Demand on the pharmacy been up probably about 30 to 40 per cent since March – other than a little slowdown in June," says Bursey. "Now, it's picking up even beyond that because of flu season – so it's been extremely busy."

According to New Brunswick's department of health, the province has ordered more of the flu vaccine than ever before and 24 per cent more than in 2019. With over 250,000 doses already distributed, the department says it received an additional 45,000 doses on Friday – encouraging everyone to get the vaccine for the sake of the healthcare system.

"The flu season, typically every fall and winter, adds a tremendous burden to the system all by itself," says New Brunswick Medical Society president, Dr. Jeff Steeves. "So when you have these two illnesses potentially overlapping, this would strain the system tremendously."

Neighbouring province, Nova Scotia, recently began distributing the vaccine and is encouraging residents to make arrangements to receive it.

"We're asking people to be patient," said Nova Scotia's chief medical officer of health, Dr. Robert Strang, during a press conference on Wednesday. "Every year, there's always a rush at the start of the campaign. We have from now until Christmas is my saying – you have about eight weeks to get vaccinated. So, you don't have to rush, and everybody get vaccinated at once. We have no influenza here."

2020 is the first year the vaccine is free for all New Brunswick residents. Bursey says he's looking forward to receiving more doses at his pharmacy. In the meantime, patience is key.

"There's already an enhanced number of calls, of patients coming in because of COVID or having difficulties getting access to care," says Bursey. "On the flip side, we're also getting a lot of inquiries about the flu vaccinations. We're doing the best we can, and hats off to all the healthcare professionals who are working hard to make that happen."