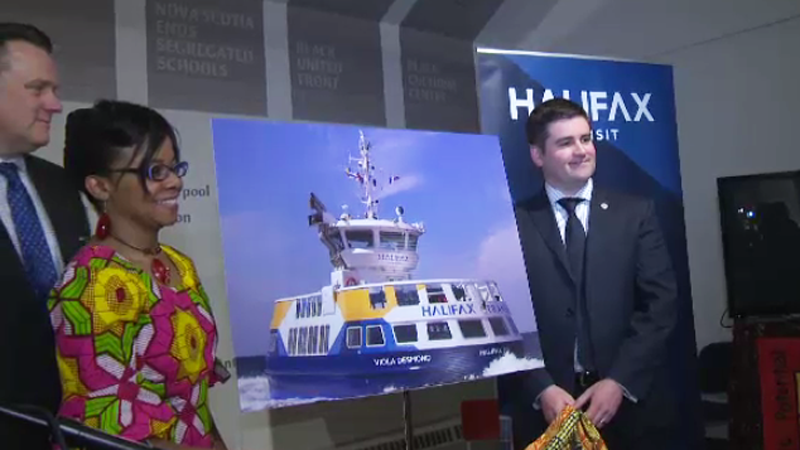 Halifax's new harbour ferry will be named in honour of Viola Desmond, a Nova Scotia businesswoman who was jailed for sitting in the whites-only section of a movie theatre in 1946.

Halifax's new harbour ferry will be named in honour of Viola Desmond, the businesswoman sometimes called Canada's Rosa Parks after she was jailed for sitting in the whites-only section of a movie theatre.

The ferry will go into service this summer.

The naming expands the growing legacy of Desmond, who died in 1967. In 2010, she was given a posthumous pardon and an apology from the Nova Scotia government.

The owner of a beauty salon on Gottingen Street in Halifax, she inadvertently sat in a whites-only section of a segregated movie theatre while on a business trip to New Glasgow in 1946. She was forcibly removed and fined, spending a night in jail.

After losing various court proceedings challenging the fine, she closed her business and left Nova Scotia for Montreal and later New York City, where she died. The case pre-dated Parks' 1955 challenge of bus segregation in Montgomery, Ala.

The Viola Desmond is the third of three new ferries to be added to the Halifax Transit fleet. The other two have been named after Christopher Stannix and Craig Blake, local military members who were killed while serving with the Canadian Armed Forces in Afghanistan.