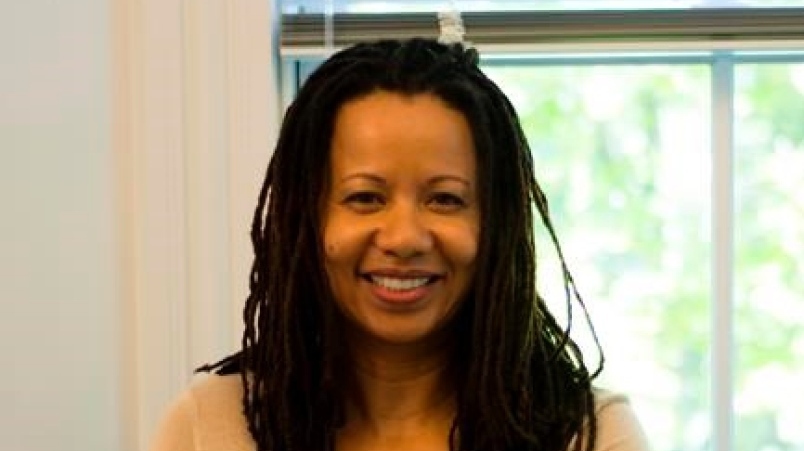 Charmaine Nelson is shown in a handout photo. Nelson says that if you asked people in cities across Canada what they know about the history of slavery in this country, most would be surprised to hear that the practice even took place here. (THE CANADIAN PRESS/HO-Charles Michael)

MONTREAL -- Charmaine Nelson wagers that if you asked people in cities across Canada what they know about the history of slavery in this country, most would be surprised to hear that the practice even took place.

"There's a 200-year history of slavery in this nation that has yet to be -- even in any surface way -- taken on or tackled by academics, or the lay public or the media," said Nelson, Canada Research Chair in Transatlantic Black Diasporic Art and Community Engagement.

But that is something Nelson, a former art history professor at McGill University, is hoping to change as she spearheads the launch of the first research institute in the country dedicated to the study of Canadian slavery.

Canadian slavery, she explained, took place in a 200-year window before 1833. That's the year the Slavery Abolition Act was passed in the United Kingdom, officially ordering the end of slavery in most British colonies, including what became Canada.

The Institute for the Study of Canadian Slavery will be established at the Nova Scotia School of Art and Design (NSCAD) in Halifax, where Nelson said scholars, artists, filmmakers and others will be encouraged to explore slavery through different media.

The infrastructure for the institute is being funded through the Canadian Foundation for Innovation and the Nova Scotia Department of Communities, Culture and Heritage.

"The impact of Dr. Nelson's work to uncover, preserve, and share the difficult history of Transatlantic slavery will start here in Halifax -- a city that continues to confront systemic racism built on generations of discrimination -- and it will ripple across the country and around the world," Andy Fillmore, the Liberal MP for Halifax, said in a statement when the project was first announced.

Slavery in Canada has been explored before in films and books, such as Lawrence Hill's "The Book of Negroes" and Afua Cooper's "The Hanging of Angelique," which details the death of Marie-Joseph Angelique, an enslaved Black woman in Montreal in the 1730s.

In 2008, Ontario designated Aug. 1 as Emancipation Day to commemorate the 1833 Abolition Act, and Senator Wanda Thomas Bernard of Nova Scotia is pushing to have Emancipation Day recognized across Canada.

But the issue remains contentious -- and political leaders, among others, still dispute the idea that systemic racism, which scholars say can be traced back to the history of slavery and all the consequences that derived from it, exists in Canada.

In June, as mass protests against racism and police brutality broke out in the United States and Canada after the death of George Floyd in Minnesota, Quebec Premier Francois Legault asserted that, unlike the U.S., Quebec had "not experienced slavery."

However, one of the province's most prominent historical figures, James McGill, who founded the university bearing his name, owned enslaved people.

The university said last week that it plans to install a plaque next to a James McGill statue on its campus outlining his "involvement with the Transatlantic slave trade and his ownership of enslaved peoples."

Nelson, speaking in an interview before McGill's announcement, said the university needs to go much further to acknowledge how it benefited from slavery -- and enact concrete policies to tackle anti-Black racism.

"On whose backs did he make his money?" Nelson asked.

A similar debate is happening in Ontario, and in Nova Scotia, the descendants of African-Americans who came to Canada as British loyalists during the American Revolution -- some of whom were enslaved -- are still fighting to have their land rights recognized.

Nova Scotia Premier Stephen McNeil apologized to Black and Indigenous people on Sept. 29 for systemic racism in the justice system and said his government was committed to reforms.

Rachel Zellars, a lawyer and assistant professor in the department of social justice and community studies at Saint Mary's University in Halifax, said it is impossible to understand the current movements challenging anti-Black racism around the world without first understanding the history of slavery.

Having the institute in the Maritimes is also critical, Zellars said in an interview, because the region's place in the Transatlantic slave routes is "powerfully traceable" -- notably as it pertains to trade with the West Indies.

She said she hopes people will learn about the enslaved Black women who were brought to Canada from the U.S. and were re-enslaved here, such as Elizabeth Watson, who came to Halifax from Boston and fought for her freedom in court.

She also hopes the connection between specific goods and Canada's place in the slave trade will be better known. Zellars explained that salt cod was sent from Atlantic Canada to the West Indies to feed enslaved peoples working on sugar plantations, from which refined sugar was sent back to Canada and used in rum distilleries.

"I want people to make that association when they have that sip of rum," she said. "These trade connections are vitally important, and they are often overlooked when we think about slavery."

Nelson said she is now working to find a physical space for the institute -- by the new year, she hopes -- and to secure more funding to draw top scholars to Halifax.

She said she is keen to see work that digs into under-studied topics, including what enslaved people in Canada wore, how enslaved Africans and enslaved Indigenous peoples interacted in New France (modern-day Quebec), how Canada's climate affected the lives of enslaved people and how "African-born, African-American (and) African-Caribbean people all become what we call African-Canadian."

"Transatlantic slavery as it transpired in Canada . . . went on for 200 years, so it's absolutely not and never to be dismissed," she said.