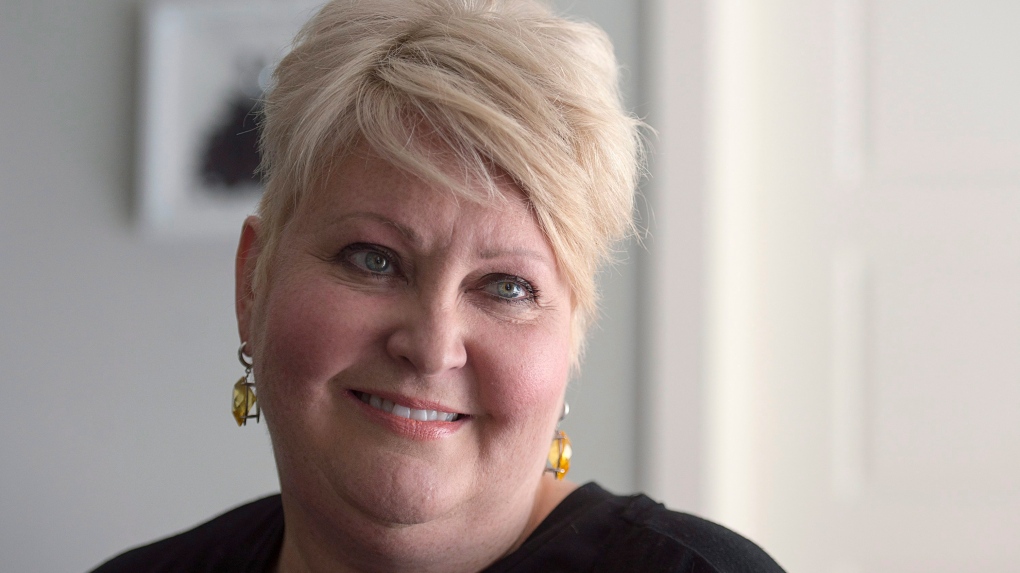 Audrey Parker talks about life and death at her home in Halifax on Tuesday, Oct. 23, 2018. (THE CANADIAN PRESS/Andrew Vaughan)

HALIFAX -- A new national campaign is honouring a Halifax woman who ended her life with medical assistance -- and lobbying the federal government to amend Canada's assisted dying rules.

Audrey Parker died with medical assistance on Nov. 1, two years after she had been diagnosed with terminal breast cancer.

On Wednesday, Dying With Dignity Canada released a video message that Parker recorded just three days before she died.

In the three-minute clip, Parker urges Canadians to speak out for the rights of suffering Canadians who have been approved for medical assistance in dying.

"I'm grateful to live in Canada, a country where I can choose my death. But the law has forced me to play a cruel game of chicken," Parker said.

"I would like nothing more than to make it to Christmas, but if I become incompetent along the way, I will lose out on my choice of a beautiful, peaceful and, best of all, pain-free death."

The group is calling on federal lawmakers to change a provision requiring people to confirm their wish for assisted dying immediately before the procedure is provided.

The group's CEO, Shanaaz Gokool, said the late consent rule leads some people to end their lives before they are ready, out of fear they will lose capacity to give permission.

She said others refuse proper pain care at end of life to ensure they're alert enough to confirm their request for medical assistance in dying.

"No one should ever have to choose between spending a few more days or weeks with their loved ones and their right to a peaceful, assisted death," Gokool said.

"Without the ability to waive the late-stage consent requirement, vulnerable Canadians face a clear, grave threat to their rights. We call on the government to pass Audrey's Amendment and correct this injustice without delay."

The group has launched a petition to lobby the government for changes.

"I'm interested in watching what happens and what is proposed but I won't commit the government to doing anything more than that," he said.

Still, Lametti's stance is much different than the previous justice minister, Jody Wilson-Raybould, who ruled out any changes to the law.

The law is currently facing two constitutional challenges, one in Quebec and the other in British Columbia, from Canadians with degenerative diseases who contend the foreseeable-death requirement unfairly excludes them.