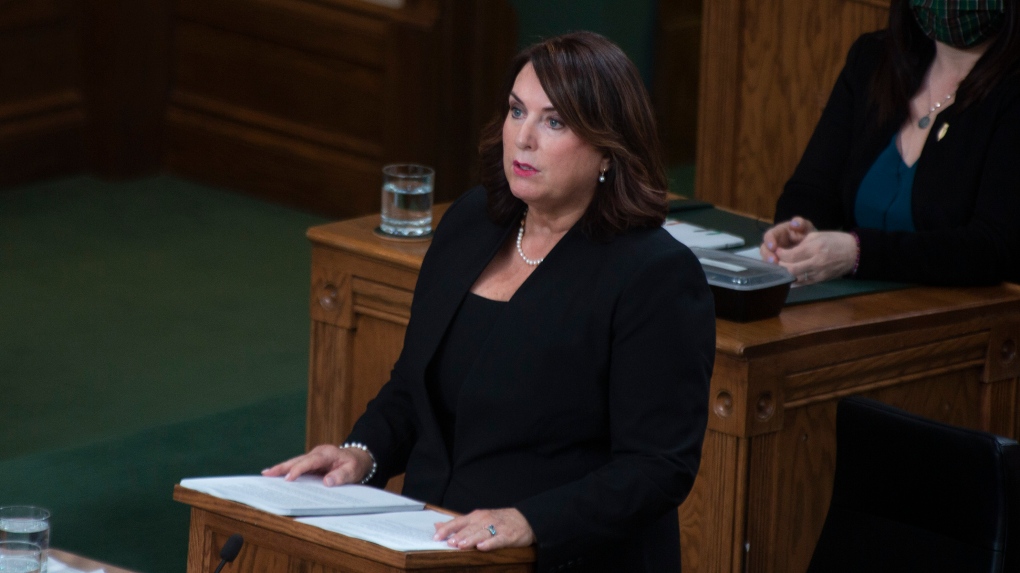 The Newfoundland and Labrador government is offering residents one-time payments of up to $500 in an effort to offset high inflation and soaring costs of living.

"The fiscal situation temporarily has improved in the province," Premier Andrew Furey told reporters. "And we feel that given the stress and strain that families are feeling, it's important that we take some of that change and give it back to people."

Quebec introduced a similar measure in March, offering $500 to residents who made less than $100,000, and newly re-elected Premier Francois Legault says his government will issue Quebecers another payment -- up to $600 -- in December. Prince Edward Island gave its residents up to $150 in July.

Siobhan Coady, Newfoundland and Labrador's finance minister, told reporters her department felt that a one-time payment rather than a tax break would be the fastest way to put money in people's pockets.

About 392,000 of Newfoundland and Labrador's approximately 525,000 residents will qualify for a cheque, Coady said. The program will cost the province nearly $200 million, she added.

Higher-than-forecasted revenues will help pay for it, she said, adding that the province is expecting more royalties from the four oil installations in the province's offshore region. Her department compiled the current fiscal year's budget with a forecasted oil price of $86 per barrel. As of Wednesday afternoon, the price per barrel was nearly $88, after soaring to more than $120 in early June.

Residents aged 18 and older who had adjusted incomes of $125,000 or less in 2021 are eligible for a cheque. Those who have not yet filed their taxes for 2021 have until Dec. 31 to do so and still be eligible for the one-time payment, according to a government news release.

The release says the payments will begin later this year.

This report by The Canadian Press was first published Oct. 5, 2022.

While the federal government was successful in procuring COVID-19 vaccines amid an urgent pandemic situation, the Public Health Agency of Canada (PHAC) fell short when it came to minimizing the number of doses wasted, according to Canada's auditor general.

Montreal Canadiens star goalie Carey Price reversed course and said he did in fact know about the 1989 Polytechnique shooting spree that killed 14 women in Montreal despite previous comments that he didn't. He also apologized to those that may have been upset by his comments against the proposed federal gun legislation.

Critical injuries in plane crash on Highway 401 near Cornwall, Ont.

Two occupants of a small plane were seriously injured when it crashed into the Highway 401 median near Cornwall, Ont. Monday night.

In what researchers are calling a scientific breakthrough, scientists behind a new study may have found the biological reason we get more respiratory illnesses in winter. It turns out the cold air itself damages the immune response occurring in the nose.

opinion | How to get the increased GST tax credit

To help combat inflation and help lower- and modest-income families, over the span of six months, Ottawa is issuing an additional one-time GST tax credit to eligible taxpayers. Personal finance contributor Christopher Liew breaks down who's eligible for the increased GST credit, explain how to get it, and how much you could receive.

A man was arrested Tuesday on suspicion of assault after an egg was allegedly hurled towards King Charles III during a visit to a town centre, police said.

The Canadian branch of human rights organization Amnesty International says it was the target of a cyberattack it believes was sponsored by the Chinese state.

The suspect accused of entering a Colorado LGBTQ2S+ nightclub clad in body armor and opening fire with an AR-15-style rifle, killing five people and wounding 17 others, was formally charged with hate crimes as well as murder on Tuesday.