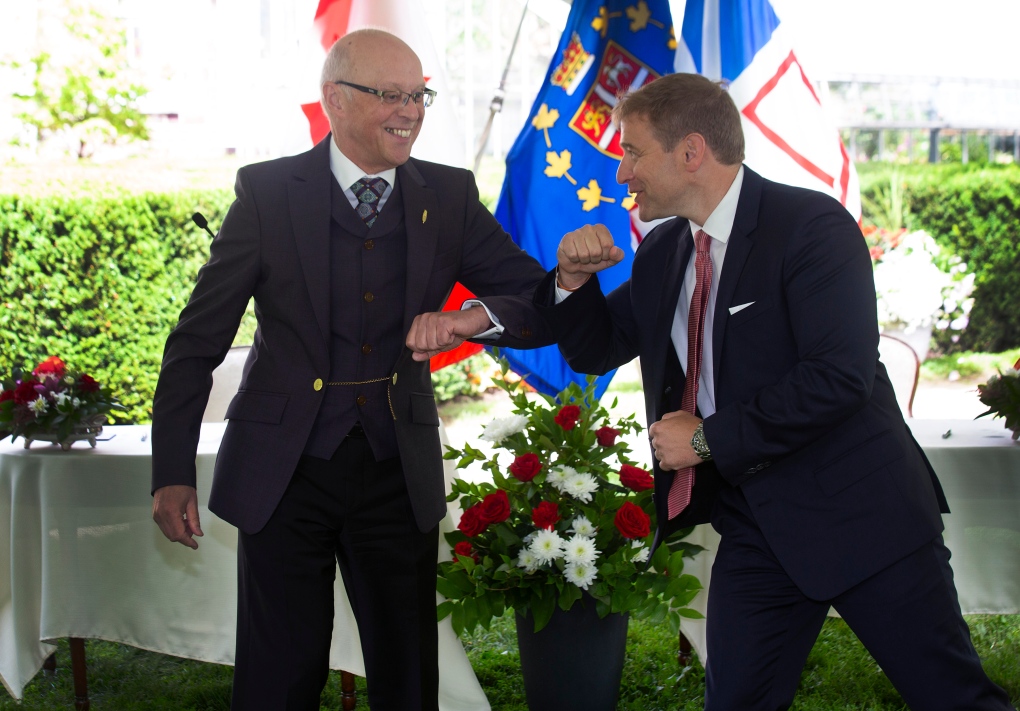 Newfoundland and Labrador Premier Andrew Furey announced Wednesday that he has moved the health minister who steered the province's pandemic response to a new portfolio.

The premier announced Wednesday that John Haggie, a physician who had been health minister since 2015, is taking over the education portfolio. Tom Osborne moves from education to health.

"Ministers Haggie and Osborne have been instrumental in navigating the province through the pandemic," Furey said in a press release. "(They've) supported our government's vision to strengthen our communities and improve service delivery for the benefit of all Newfoundlanders and Labradorians."

The move comes amid mounting health-care concerns in the province. The bustling Newfoundland town of Bonavista held a community meeting last week about its lack of doctors, as its emergency room faces intermittent closures this summer due to staffing shortages.

Mayor John Norman wrote a passionate post about the situation on social media last month, saying he was considering declaring a health-care state of emergency in his community.

Last month, the provincial medical association released figures showing that nearly a quarter of Newfoundland and Labrador residents are without a family doctor.

Osborne was the province's health minister under former Progressive Conservative Premier Danny Williams from 2006 to 2007, as errors in breast cancer testing in the province were coming to light. That ultimately resulted in a sweeping public investigation called the Cameron Inquiry. He joined in the Liberals in 2013, and was appointed finance minister in 2017 by former premier Dwight Ball, for whom he oversaw tense negotiations with one of the largest public sector unions in the province.

In a news release Wednesday, the Opposition Progressive Conservatives said the change was welcome and should have happened long ago.

"After years of ignoring major issues, antagonizing health-care professionals, and failing to address our health-care crisis, the premier finally realizes something has to change," Tory leader David Brazil said. "I can only hope minister Osborne has learned from his past through the Cameron Inquiry and does the right thing to help the people of Newfoundland and Labrador access health care."

The GOP response to the FBI's search of Donald Trump's Florida estate this week was an especially stark example of how the party is keeping Trump nearby.