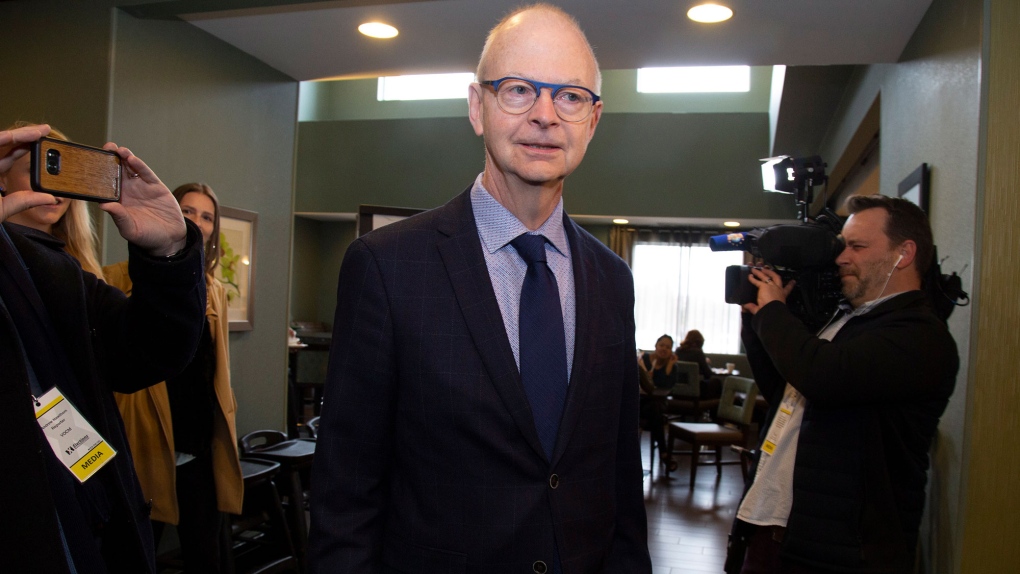 ST. JOHN'S, N.L. -- The Progressive Conservative Party of Newfoundland and Labrador has voted down a motion to hold a leadership review of its leader.

The party says in a news release that the motion for a review of Ches Crosbie's leadership was presented at the party's annual general meeting on Friday and defeated by a wide margin.

Party president Eugene Manning says the membership has spoken, and Crosbie will be leading the party into the next general election.

He calls voting down the motion "a clear vote of confidence" in Crosbie.

The leader of the province's official Opposition had asked the party to conduct a review of his leadership in December 2019, saying it should be part of the democratic process of the party.

Manning said the membership made the decision that it was "unnecessary to vote on Mr. Crosbie's leadership," and the party "will be united going into the next general election."

The Liberal Party chose Andrew Furey as its leader in August, after former premier Dwight Ball stepped down.

Furey is running for a seat in the legislature in a byelection being held in the Humber-Gros Morne district on Tuesday.

It's expected there will be a provincial election some time before August 2021, but there's still no clear indication of the precise date.

This report by The Canadian Press was first published Oct. 3, 2020.