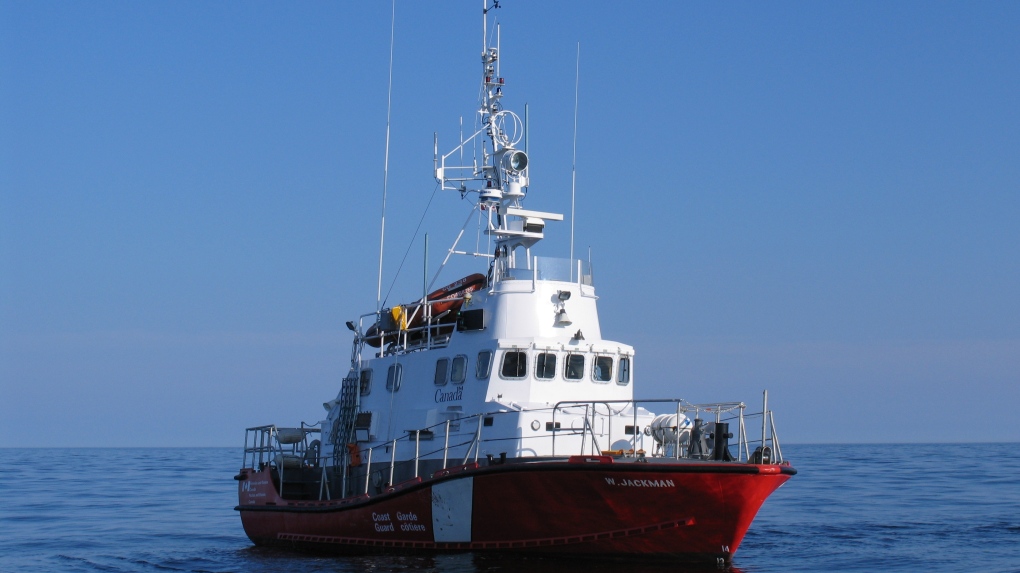 ST. LAWRENCE, N.L. -- A Newfoundland community was in mourning Tuesday after the bodies of three fishermen were recovered and a search continued for a fourth crew member missing off the island's south coast.

A man and his son and nephew, along with a close friend of the family, were aboard the 12-metre fishing vessel that did not return as planned on Monday evening, the mayor of their home port said.

Mayor Paul Pike of St. Lawrence, N.L., said the mood was sombre in the town of about 1,200 people on Tuesday.

Eileen Norman, who is related by marriage to three of the men, said the community is devastated.

"It's a very close community. Everybody knows everybody," Norman said by phone. "People just can't get over it. It's still unreal."

The Canadian Coast Guard says the first body was recovered just before 4:15 a.m. at the western end of the mouth of Placentia Bay, almost 40 kilometres from the coast. The second body was found at 11:15 a.m., and a third was recovered at 12:57 p.m.

Mark Gould, regional supervisor for search and rescue at the Maritime rescue sub-centre in St. John's, said it appears the vessel Sarah Anne sank, though the exact circumstances remained unclear.

"After finding what we found, we knew something catastrophic happened," Gould said from St. John's.

He said a few pieces of the boat were found near the first man's body, and all three victims were found "within a couple miles of each other."

Gould said it's been a "tough case" that has strongly affected the community, with residents taking to their boats to help in the search. But the news had been only bad as the search stretched into late Tuesday.

"Unfortunately in the situation so far, we've recovered bodies instead of people, and it's a sad result," he said.

Gould said everyone involved was impacted by the difficult search. "All day long, you're thinking about it and you feel so much for the families," he said.

The spokesman said it appears the small vessel didn't have an emergency position-indicating radio beacon, or EPIRB, and the search and rescue centre hadn't received any signal from the boat.

The four men left St. Lawrence to fish for crab well before dawn on Monday, which Pike said was a sunny day with low winds. They had been scheduled back at 8 p.m., and a search was started shortly after a person called in a report that the vessel hadn't returned on time.

Pike said their families had begun to feel uneasy Monday afternoon when there was no communication from the crew, who were all experienced on the water.

He said three of the men on the Sarah Anne were between 30 and 45 years old and the fourth was in his 60s. Two of the men worked as volunteer firefighters in the community, and three had young children.

"They were great friends," Pike said of the group.

A Cormorant helicopter, a Hercules search and rescue aircraft, an Oceanex cargo vessel, members of the coast guard auxiliary and several coast guard vessels were involved in the search on Tuesday morning. The Coast Guard said "multiple aircraft" had joined in the search by the afternoon.

Volunteer vessels from the community were also on the water. Pike estimated that dozens of fishing vessels from St. Lawrence and other communities along the Burin Peninsula set out Monday evening to look for their colleagues.

"Fishermen have this strong bond, this brotherhood that exists, and they certainly were out in full support to bring these boys home," Pike said.

As neighbours and families waited for news about the fourth man, Pike said people are also left wondering what went wrong on the trip, when the weather was good and four experienced fishermen were on board.

"That's the whole mystery that surrounds this, is what happened to these guys," he said.

Gould said efforts to locate the missing man would continue until all options had been exhausted, adding that some vessels on the scene would have to refuel and rest at some point in the evening.

"Everyone knows how important this is to the families, and we're doing everything we can," he said.

-- By Holly McKenzie-Sutter in St. John's, N.L., with files from Michael Tutton in Halifax.