No hurricane, but rain from Gordon expected to hit Maritimes 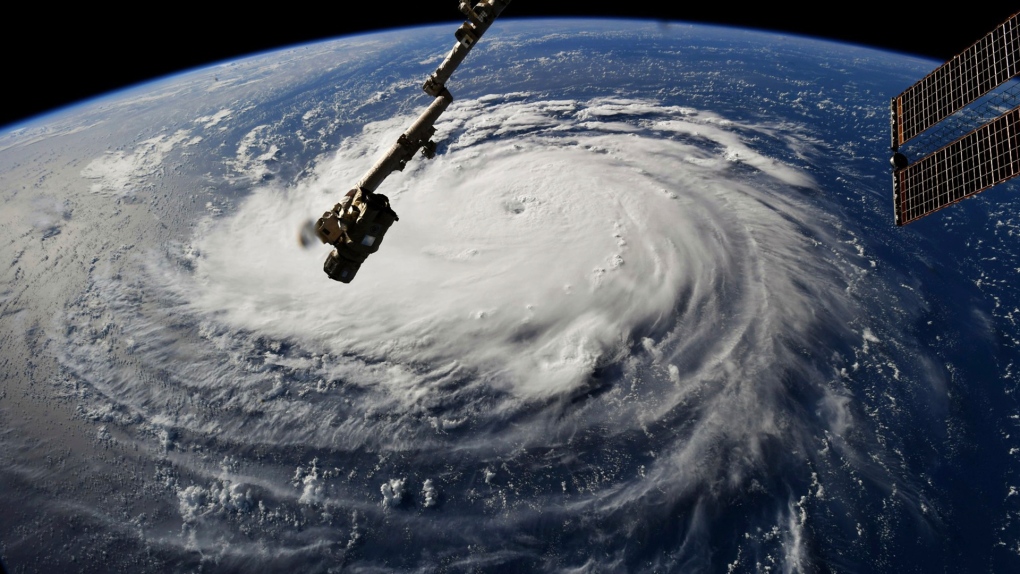 This photo provided by NASA shows Hurricane Florence from the International Space Station on Monday, Sept. 10, 2018, as it threatens the U.S. East Coast. (NASA via AP)

The Atlantic hurricane season typically peaks in August through October and this year is no exception. There are currently three active hurricanes in the basin: Florence, Isaac, and Helen. The strongest of the three is Florence, which is a category 4 hurricane and threatens to make landfall in the southeastern United States on Thursday.

The powerful storm is being held south by a general area of high pressure extending from the northeastern U.S. across Atlantic Canada. This situation is working in favour of Atlantic Canada by preventing Hurricane Florence from moving north and impacting the region, at least over the next several days. The most likely result of Florence is a predicted landfall in the Carolinas, then weakening onshore in the southeastern United States. After that, one of the possibilities is that some remaining rain from the storm could reach Atlantic Canada 10 to 14 days from now.

Speaking of rain from the remnants of a tropical storm, some rain from what was once Tropical Storm Gordon will arrive in the Maritimes on Tuesday. Gordon made landfall near the Alabama/Mississippi border on September 4. From there the storm lost its tropical characteristics but turned to heavy rain which fell through areas of the eastern United States and even southern Ontario late this past weekend and into the start of this week. The rainy weather is forecast to reach western New Brunswick early Tuesday morning. From there the rain will spread across the Maritimes on Tuesday before finally clearing Cape Breton and the Atlantic coastline of mainland Nova Scotia Wednesday morning.

While most of the Maritimes can expect a general rainfall of 10 to 30 mm there are some areas that may pick up higher local amounts. These include much of southern New Brunswick, Prince Edward Island, the tri-counties of Nova Scotia (Digby/Yarmouth/Shelburne) and the Highlands of Cape Breton. For those areas local amounts ranging 30 to 50 mm are possible. A weather statement has been issued by Environment and Climate Change Canada for southern New Brunswick cautioning that some heavier rain is forecast.

Beyond needing to be careful about reduced visibility and hydroplaning conditions in downpours, this is needed wet weather for the region. Areas of northern New Brunswick and the South Shore of Nova Scotia are rated as abnormally dry or in drought by Agriculture and Agri-Food Canada.

While not expected to create widespread issues, winds will be gusty with the rainy weather moving through. Expect southerly gusts of 30 to 60 km/h to develop Tuesday afternoon and evening before turning northwest and slowly diminishing Wednesday morning. Behind the round of rainy, gusty weather a return to sunshine and fair weather is forecast through Friday and the upcoming weekend.