A health-care worker performs a test at a drive-thru COVID-19 assessment centre at the Etobicoke General Hospital in Toronto on Tuesday, April 21, 2020. THE CANADIAN PRESS/Nathan Denette

HALIFAX -- Nova Scotia is reporting no new cases of COVID-19 on Sunday for the sixth straight day in a row. The province currently has one active case of the virus.

There are 1,086 confirmed cases of COVID-19 in Nova Scotia, with 1,020 cases considered resolved. Sixty-five people have died as a result of the virus. 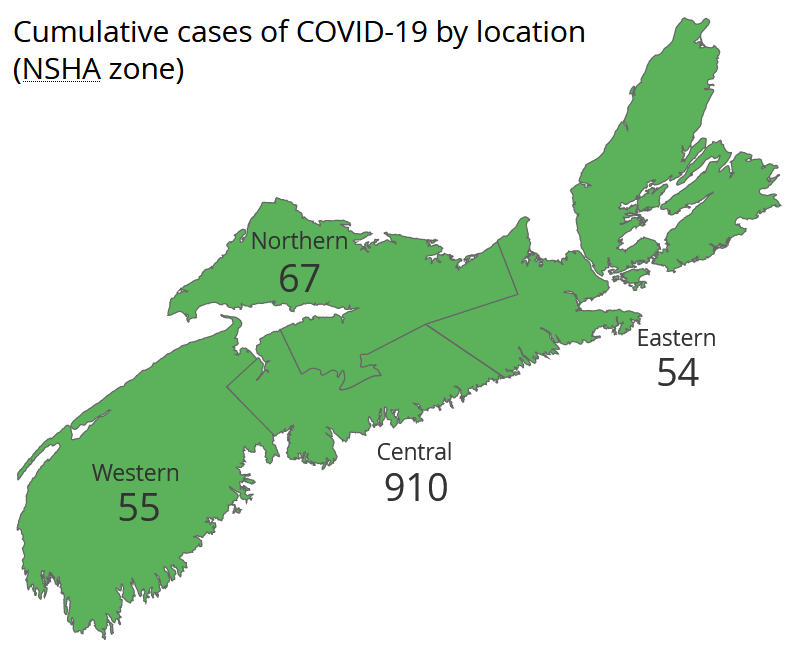 Last week, the province reduced the number of COVID-19 symptoms for which health officials are screening.

The provincial government said the updated list of symptoms reflects the current epidemiology in Nova Scotia.

Anyone who experiences a new or worsening fever or cough, or two or more of the following new or worsening symptoms is encouraged to take an online test to determine if they should call 811 for further assessment:

The provincial state of emergency, which was first declared on March 22, has been extended to Sept. 20.