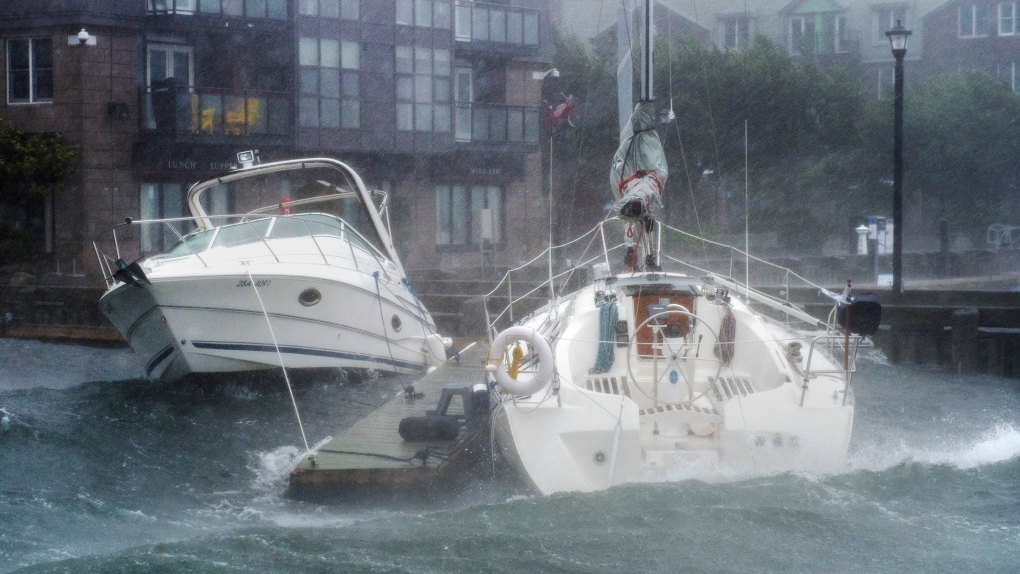 Pleasure boats take a beating along the waterfront in Halifax as hurricane Dorian approaches on Saturday, Sept. 7, 2019. THE CANADIAN PRESS/Andrew Vaughan

HALIFAX -- The National Oceanic and Atmospheric Administration (NOAA) has released its outlook for the 2020 Atlantic Hurricane season.

The prediction calls for an above-normal number of storms. Thirteen to 19 storms are expected to be named this season. Of those, six to 10 are forecast to strengthen to hurricanes, with three to six becoming major hurricanes.

A major hurricane is defined as Category 3 or higher on the Saffir-Simpson wind scale, which means they would have sustained winds in the eye of 178 km/h or stronger.

The absence of an El Nino has a correlation to reduced wind shear in the Atlantic Ocean basin, which can normally act to suppress storm development. Warmer ocean waters in the tropical Atlantic and Caribbean Sea provide more “fuel” for any developing storms. 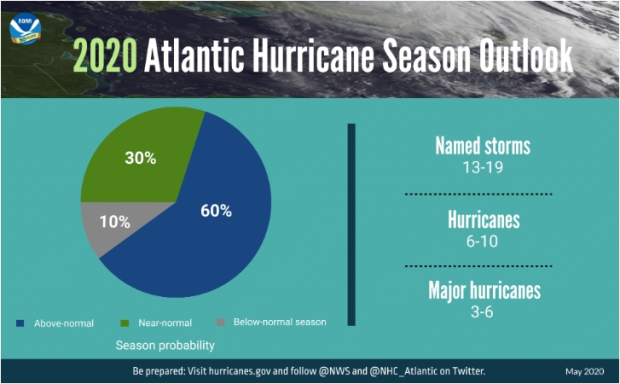 The season started early with the development of Tropical Storm Arthur on Sunday. Arthur transitioned to a post-tropical system on Tuesday and continues to weaken as an area of low pressure in the vicinity of Bermuda.

If the name sounds familiar, it is, because there was a Hurricane Arthur in 2014. The list of names used for the Atlantic hurricane season is on a six-year rotation. Should a named storm cause excessive damage or loss of life, the name is retired. Arthur remains an active name on the list. 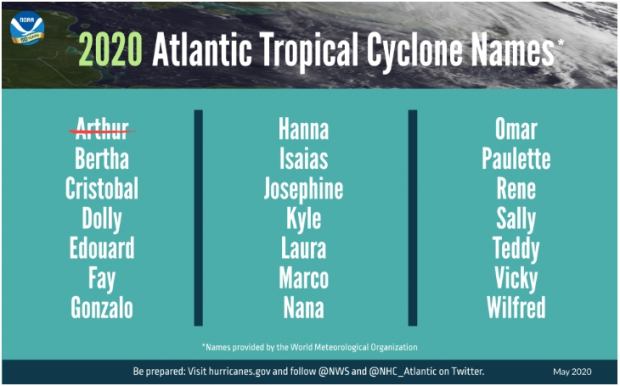 While there is no direct correlation between an above-normal season and an increased risk of landfall in the Maritimes, it only takes one storm to make it a bad one.

The Maritimes is one of the few areas of the country at risk of significant impact from tropical weather systems. Those can range from the rare landfall of an equivalent Category 1 or 2 hurricane, such as Dorian in 2019, to the remnants of a tropical system contributing to flooding rain, such as what was seen when heavy moisture from a dissipated Matthew combined with a weather front to produce the Thanksgiving Day Flood in Cape Breton in 2016. The flooding event saw 225 mm of rain come down on the Sydney, N.S., area within 24 hours.

Thankfully, some preparation can help mitigate the impact of these powerful weather systems. Precautions such as having an emergency kit and monitoring the forecast of an approaching storm will aid in weathering an event.

If you need help in getting ready, resources are readily available at www.getprepared.gc.ca. The Canadian Hurricane Centre activates when a storm is predicted to come within the territorial waters of Canada and can be found at weather.gc.ca/hurricane.

The Atlantic hurricane season runs from June 1 to Nov. 30.