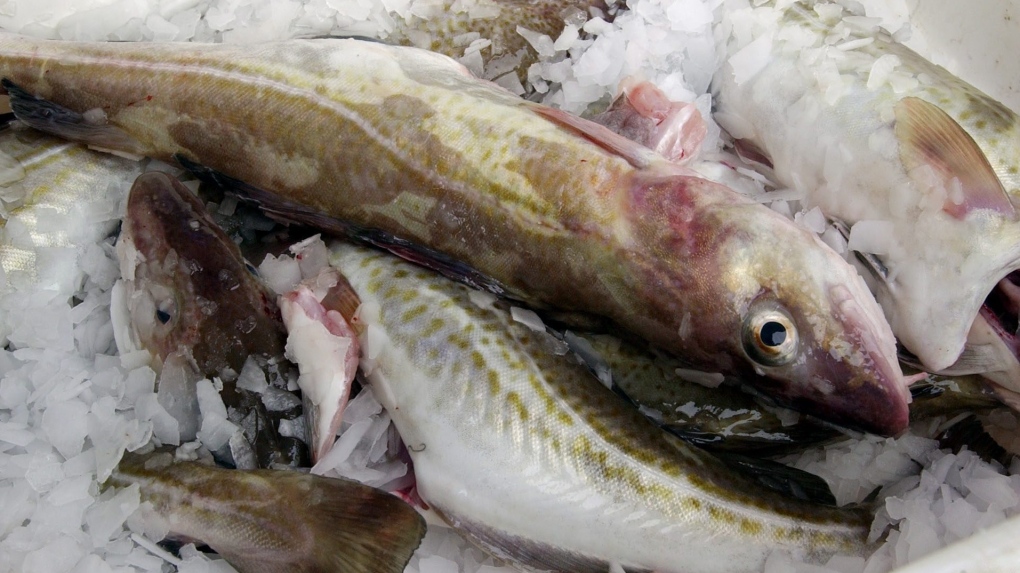 HALIFAX -- There is growing hope that the once decimated northern cod stock is making a slow, but steady comeback, according to a new study that found the iconic species is growing in size and number off Newfoundland.

George Rose, the report's co-author, said acoustic surveys last spring indicated that the fish were getting bigger and more plentiful after 23 years of a government-imposed moratorium and halting growth.

Rose, who has studied the stock for 30 years, says the findings could provide a valuable lesson for fisheries managers who once wrote off the cod's recovery after it was almost completely wiped out in the early 1990s.

"When it collapsed, it became an icon worldwide for overfishing, mismanagement and stock destruction," he said in an interview from Pender Island, B.C.

"So the fact that this one is coming back and has shown that ability given suitable management, I think is of worldwide significance. It shows there is a resilience to nature if we give it a chance."

It's not clear what the size of the population is, but Rose said it is now likely over 200,000 tonnes, a sizable jump from the estimates of tens of thousands a decade ago. He is now working on trying to quantify the population.

The researchers also found larger concentrations of fish in more northerly areas that had not been seen since the moratorium was put in place in 1992.

He said they found large, 120-centimetre-long fish weighing 22 kilograms, something that was rarely seen in the 1990s due to high mortality that is still not understood.

The discovery is important because the big fish spawn and contribute to reproduction, he said.

"We've got these massive fish out there and this is really key to the whole productivity situation in the stock, which makes me optimistic for the future," said Rose, director of the Centre for Fisheries Ecosystems Research at Memorial University's Marine Institute in St. John's, N.L.

The research, published Tuesday in the Canadian Journal of Fisheries and Aquatic Sciences, suggests the cod is rebounding because of a similar rise in the availability of its key food source, capelin.

Like the northern cod, populations of the small capelin plummeted due to cooler waters in the 1990s and possibly a depletion of plankton. Rose said warming water temperatures may help the capelin stock, along with an increased supply of plankton on which they feed.

More importantly, Rose says the ongoing moratorium on the cod fishery has helped the once-mighty stock rebuild, adding that protection from excessive fishing is critical to its continued recovery.

"Without a doubt, maintaining low removals of this stock over the past decades has been essential to recovery," he said.

"It's on its way and we have to let it come back."

Despite signals that the cod stock is rebounding from years of overfishing, mismanagement and ecological changes, Rose says it will likely be another decade before any kind of commercial fishery could resume.

Federal Fisheries researchers say a minimum spawning biomass of about 650,000 tonnes is what is needed to sustain any extensive commercial fishery.

The northern cod moratorium threw thousands of people out of work after it was announced July 2, 1992. It was initially to last just two years, though Rose predicted at the time it would take much longer for stocks to recover.