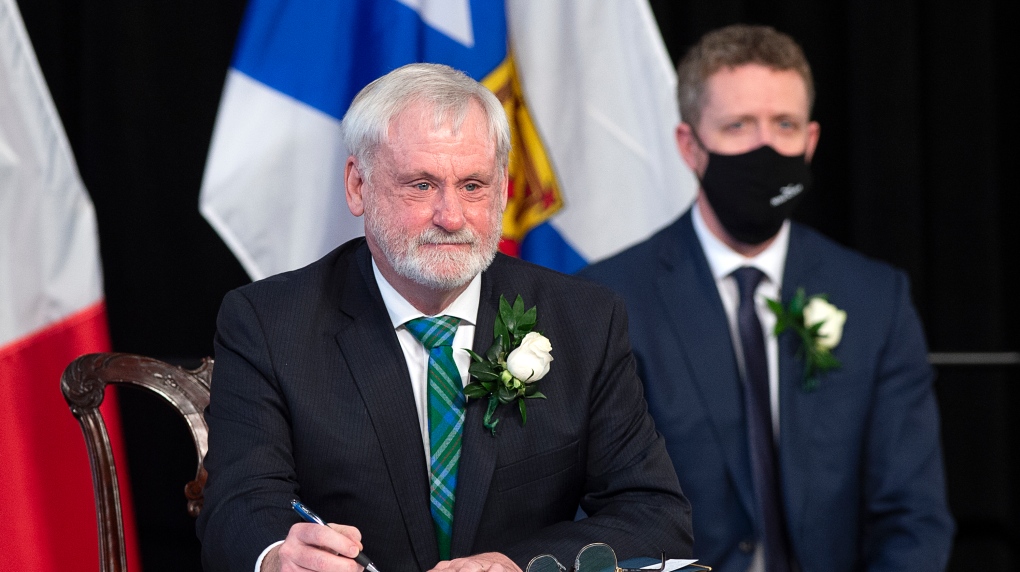 HALIFAX -- Northern Pulp is withdrawing its request for judicial review of a government decision that led to the mill's closure in December 2019, Nova Scotia's environment minister said Thursday.

Keith Irving told reporters the company informed him of its decision in a letter received Wednesday confirming the mill will be withdrawing from the province's environmental assessment process.

"I have my letter dated yesterday from Northern Pulp itemizing the two items that they are withdrawing -- the current project and the application for judicial review," Irving said following a cabinet meeting.

The company had asked the Nova Scotia Supreme Court in January 2020 to quash an order by former environment minister Gordon Wilson requiring Northern Pulp to file an environmental assessment for a proposed effluent facility.

In his Dec. 17, 2019, decision, Wilson withheld approval of the mill's controversial proposal to pump 85 million litres a day of treated effluent into the Northumberland Strait, saying he didn't have enough information on whether the project would harm the environment.

Northern Pulp wasn't immediately available for comment Thursday but in a statement Wednesday it said it was pulling out of the environmental process to draft a new plan calling for an overhaul of the mill near Pictou, N.S., and for a more advanced treatment facility.

Irving said he couldn't comment on the new project proposal because nothing has been formally submitted by the company. "My involvement as the regulator gets triggered when a project is registered," he said. "We have nothing in writing in terms of what that project is."

The plant, which once employed about 300 people, was shuttered after then-premier Stephen McNeil decided Northern Pulp would no longer be allowed to dump effluent near the Pictou Landing First Nation. McNeil's decision came three days after Wilson withheld approval for the project.

This report by The Canadian Press was first published May 6, 2021.