Northwood seeks private rooms after COVID-19 tragedy, but will N.S. fund the fix? 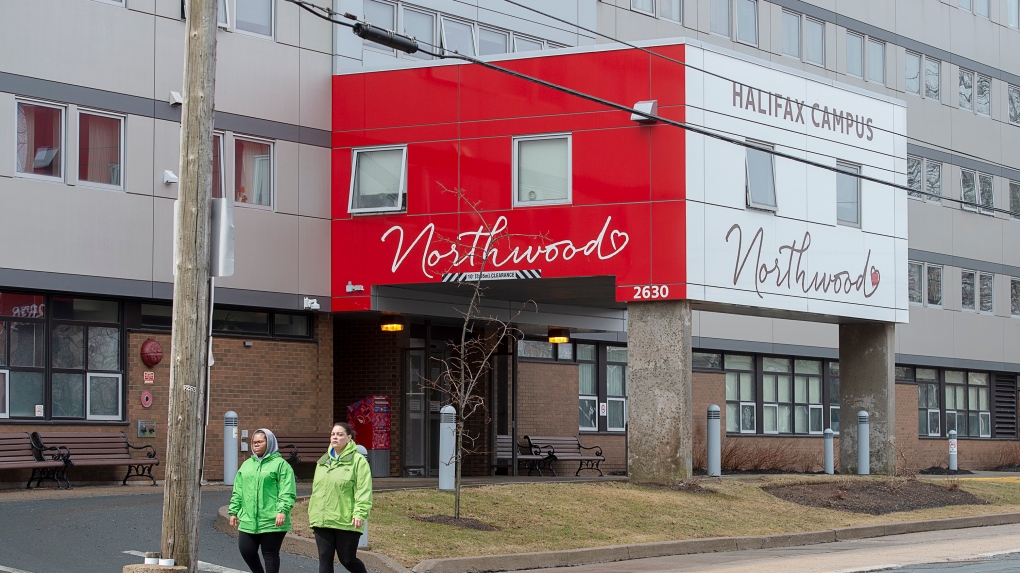 HALIFAX -- Nova Scotia's largest nursing home is planning for a future of private rooms to keep residents safe, but it has taken a wrenching pandemic death toll to create the shift -- and it remains unclear whether government will fund a long-term fix.

"We're currently down to fewer than 25 rooms with shared accommodations at the Halifax campus," Janet Simm, the Northwood facility's chief executive, said in a recent interview.

That's a huge shift from before the pandemic when more than 240 residents lived in two- or three-person units. Now, fewer than 50 people remain in the shared spaces, some of whom are couples or others who specifically request a roommate, Simm said.

But the facility's desire to create more space, which its board sought for years before the pandemic, unfolded through tragedy rather than design.

COVID-19 illnesses spread among the 485 residents after asymptomatic workers brought the virus there in early April, and Simm says the bulk of the 53 who had died, as of Tuesday, and the 240 infected were in shared units.

In addition to the vacancies created by the deaths, shared rooms have been decreasing as families worried about the novel coronavirus transfer Northwood residents out of the facility, she added.

And with the expectation of a second wave of the pandemic later this year, Simm says Northwood is looking to further decrease the number of shared quarters by converting some common areas into single rooms.

An application for a class action lawsuit filed Monday against Northwood cites shared rooms as a factor in its allegations of "inaction and inadequate response" on the part of management.

Representative plaintiff Erica Surette said in a news release that she lost her 66-year-old mother, Patricia West, to COVID-19 on April 22, after West had been moved from a single to a shared room in the midst of the pandemic.

The statement of claim alleges a failure to limit risks posed by the building's design, "including its shared private and communal spaces and its crowded nature."

Dr. Samir Sinha, director of health policy research at the National Institute on Aging at Ryerson University, says it's crucial over the next 16 months that large Canadian homes like Northwood move to single-room layouts, even if it requires more government funding.

"I hope nobody is haggling over the costs here, especially when so many lives have already been lost," he said in an interview.

Still, in the longer term, it remains unclear whether Nova Scotia will fund Northwood's request for renovations that would allow it to serve its pre-pandemic population of more than 480 people.

Simm said that in recent years her board had gone to the province seeking to create about 100 additional private rooms, saying the dignity and privacy of residents was driving the earlier proposals.

Last year, the home requested over $12.5 million to develop three additional floors on top of the existing apartment tower, she said.

Now, plans are being prepared to transform a penthouse floor used primarily for group activities into residential space. No precise cost is available yet.

But it's unclear how open the government is to expanding Northwood's private room capacity, even though the province had a waiting list of 1,452 people for nursing home beds as of last week.

Health Minister Randy Delorey said in an interview last week his staff "had concerns about some of the specifics" in last year's proposal to add three floors, though he declined to provide specifics.

The wider question is whether the province wants to have facilities with such large numbers of people in one location, the minister said.

"When you have more residents, and a virus like this gets in, the risk of the number of people could be affected obviously goes up," he said.

Last week, the province announced funding for 23 new long-term care beds to help meet the need caused by the pandemic, as Northwood and others imposed a freeze on new admissions. The beds were assigned to a private facility in the Halifax area.

Janice Keefe, director of the Nova Scotia Centre on Aging at Mount Saint Vincent University, says there are many facilities in the province with shared rooms, and she has doubts the province would fund Northwood to convert to all single rooms "without considering (similar) changes at many other facilities."

"And, yes, I think that would be a good idea," she added.

The Unifor union, representing over 400 personal care workers at Northwood, says a reduction in the number of residents should help staff care more effectively for residents, provided funding is maintained.

Linda MacNeil, the Atlantic area director for Unifor, says her union has been advocating for years for lower patient to staff ratios in long-term care facilities.

"Hopefully this will give our members the extra time to give to the residents, to give them the attention they need," she said of the proposed transition to single rooms.

For some relatives of residents who died during the pandemic, alternatives to Northwood's prior living conditions should be part of the legacy from the heavy losses.

Debi Upshaw, whose 94-year-old mother died in the facility from COVID-19, said her family expects the home will move swiftly to end the practice of sharing rooms and to expand the size of common areas to help continue physical distancing.

Her mother, Evelina Upshaw was a 94-year matriarch known in Halifax as the overseer of 33 years of daily lunches for 100 children offered at her north end church. She had a private room, but nonetheless became infected and died.

"I think it can be fixed if they care more about the seniors than the money," her daughter said. "The place (Northwood) can be fixed and upgraded to run the way it should run."