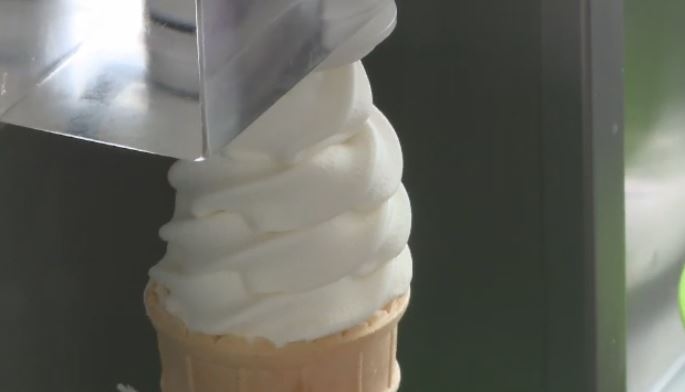 It may have felt like 41 degrees Celsius in Fredericton on Sunday, but that didn’t stop Tennis New Brunswick’s competitors from carrying on with their matches.

"It's quite challenging really,” said Wayne Veysey, Tennis N.B. competitor. “You've got to keep yourself hydrated and prepare proper clothing, but it is a challenge out there with the heat and the sun.”

Even those beating the heat at the Wilmot Park Splashpad Sunday morning were planning to get in before the peak temperatures hit the city.

"We’ll stick it out here as long as we can, and then head inside and have a movie afternoon, and then head outside again in the evening,” said Chantal Elsemore, with her children at the Splashpad.

But not everyone has air conditioning to head home to. For people who are unhoused and struggling to cope with the oppressive heat in the capital, local shelters are open and air conditioned.

Outreach teams and Fredericton police are also out checking on vulnerable populations in this weather.

"All the different agencies, the outreach teams always have water with them,” said Warren Maddox, executive director of Fredericton Homeless Shelters. “Overall, its a very vulnerable sector or group of people, but they're pretty well covered. We keep an eye on them and they're good about paying attention to each other.”

Those who are out enjoying the heat are still looking for sure-fire ways to cool down.

"We had a babysitter for our daughter, so we came out for lunch and some ice cream,” said Stephen Shryer, clutching a cool treat from a truck in downtown Fredericton.

But a day like Sunday with soaring temperatures isn’t even peak ice cream-scooping weather.

Just ask Brynn Anderson with the Queen Street Creamery. Anderson says the hotter it gets outside, the fewer customers brave the heat for an ice cream cone.

“We're more busy on the days that its [in the] twenties,” Anderson said. “On a day like today, people don't want to be outside because it's too warm out.”