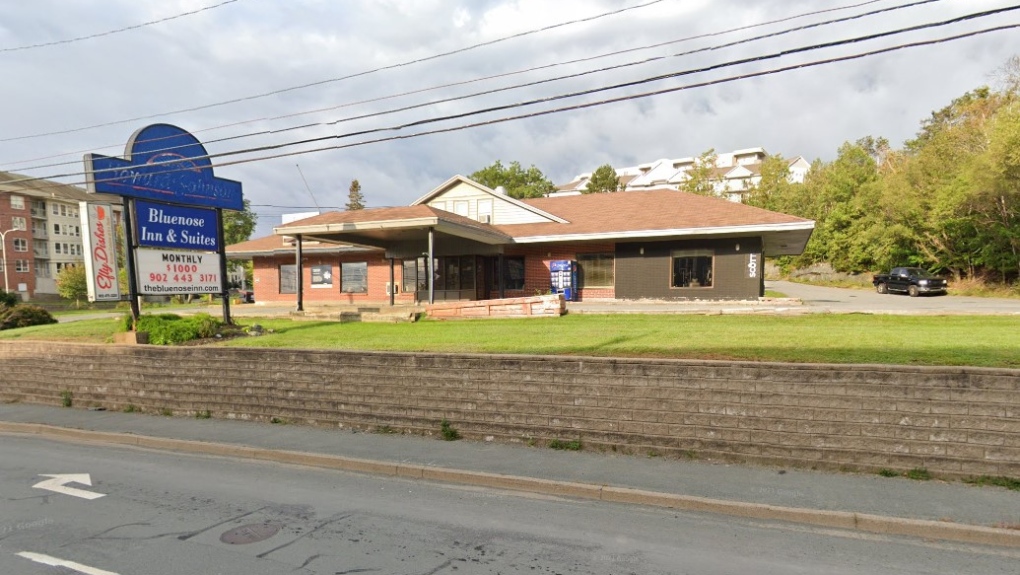 Brandy McGuire said she was in shock last month when she read the notice from the owners of Bluenose Inn & Suites that told everyone to vacate the property in suburban Halifax. The hotel has been home to McGuire and her family for two years.

A March 1 letter from the inn's management said "all tenants" in the 54 units would have to move out by May 1 after a decision was made to "retire" the property. The letter was left on residents' doors 20 days before the province's temporary ban on so-called renovictions ended.

"It was completely violating our rights," McGuire said in an interview Thursday outside her unit at Bluenose Inn & Suites in Bedford, N.S.

A renoviction is when a landlord forces residents to leave a property in order to renovate and then leases the space to tenants at a higher cost. Nova Scotia's government banned renovictions in November 2020 in connection with the COVID-19 state of emergency. Both the state of emergency and the ban were lifted on March 21.

The note addressed to tenants, from "Management and Staff Bluenose Inn and Suites," said the property's septic system is causing major problems and they are "unable to continue rectifying septic concerns."

Bluenose Inn & Suites owner and local developer John Ghosn said in an interview the property is in disrepair and tenants are being asked to leave because it is no longer suitable for habitation. He does not believe this is a case of renoviction because nobody will be forcibly removed.

"It's not a forcible eviction, it's not a renoviction," Ghosn said Friday.

He is planning to demolish the existing structures and build an eight-storey building with 105 residential units and a commercial space with his firm Enquore Developments, but he said there is no schedule attached to the project. A drawing of the planned building is featured on the company website.

"I would say within the next year it will be demolished, but there's no timeline," he said.

The Bluenose Inn & Suites once operated as a hotel, which would not typically be subject to the Residential Tenancy Act, but Ghosn said over the past five years the Inn has been almost exclusively renting on a monthly basis.

Colton LeBlanc, minister of the Public Service Commission, said Thursday in instances where a tenant-landlord relationship is established, both parties fall under protections through the residential tenancy board. Ghosn agrees that he has a landlord-tenant relationship with those living at the Bluenose.

LeBlanc told reporters at Province House that renovictions were not allowed before March 21 and said that if the Bluenose tenants have concerns, they should take them to the tenancy board.

McGuire first moved into the Bluenose Inn in June 2020 when she and her family could not find alternative affordable housing. She lives with her partner and their child, and she shares custody of her three other children.

"It's affordable. And that's what everyone's looking for here is affordable," she said.

"There is none. It's very slim picking," she said about the housing options available. "Everything that was affordable, now isn't."

Premier Tim Houston has repeatedly called the state of Nova Scotia's housing a "crisis," with a short supply of properties across the province. Halifax's vacancy rate hit 1.9 per cent in 2020, and was at just one per cent the year before. In 2021, Nova Scotia's Affordable Housing Commission called the situation a "breaking point."

McGuire has found a place to live in nearby Sackville that costs more than $2,000 a month. She's concerned about the higher cost and how the move will affect her four children, all of whom currently attend school in Bedford. "Their school years shouldn't be uprooted," she said.

Despite finding a new home, McGuire said she's not leaving Bluenose willingly. She feels she's been forced out, which she said started when the internet was shut off a couple days after the notice to vacate the property was posted.

McGuire is a Nova Scotia Community College student who studies online. She's had to spend additional money on cellular data in order to keep up with school since early March.

Ghosn says the internet service at the Bluenose has always had issues, and it's true that its wireless network hasn't been repaired recently.

"We've neglected to repair (the Wi-Fi) right now, because people are moving out, and half the people are gone now," he said.

Mark Culligan, a community legal worker with Dalhousie Legal Aid, said in an interview he's worried the landlord has withdrawn services in an attempt to get people to leave in a "mass renoviction" at the Bluenose Inn & Suites.

The proper course of action, Culligan said, would be for the owner to speak to tenants individually, negotiate moving-out plans and sign an agreement. If a tenant doesn't agree, the next option is to apply for a residential tenancies hearing.

"They simply sent out a letter to everyone and have been entirely relying on this bluff to try to push people into leaving," he said.

Culligan said there's been a spike in Nova Scotians living in hotels during the pandemic because they are unable to find affordable housing. Hotels have welcomed the long-term tenants as their tourist base disappeared amid COVID-19, he said.

"Now, what we're really afraid of is that there's going to be hundreds, or thousands, of people who are about to be evicted from these kinds of short-term-stay tourist accommodations."

This report by The Canadian Press was first published April 22, 2022.

NEW | 'Not looking for a fight' but nothing off the table when it comes to Alberta sovereignty act, PM Trudeau says

Statistics Canada says there were 2.8 million fewer commuters in 2021 than in 2016, as the pandemic drove a shift toward remote work.

In the wake of southern B.C.’s first major snowstorm of the season, more than 100 schools in Metro Vancouver and the Fraser Valley are keeping their doors closed Wednesday.

Ontario's auditor general says the province wasted 38 per cent of COVID-19 vaccine doses between February and June because it overestimated demand for boosters.

The verdict is in: A four-day work week is good for business. After six months, most of the 33 companies and 903 workers trialling the schedule, with no reduction in pay, are unlikely ever to go back to a standard working week, according to the organizers of the global pilot program.

A member of the Royal Family's household has left her role after making 'unacceptable and deeply regrettable' comments about race and nationality to a woman at a grand reception at Buckingham Palace, a spokesperson said on Wednesday.

Canada has most educated workforce in G7, according to StatCan

Slightly over 57 per cent of workers aged 25 to 64 have a college or university credential in Canada, making it the most highly educated workforce of G7 countries, according to Statistics Canada's 2021 census data.