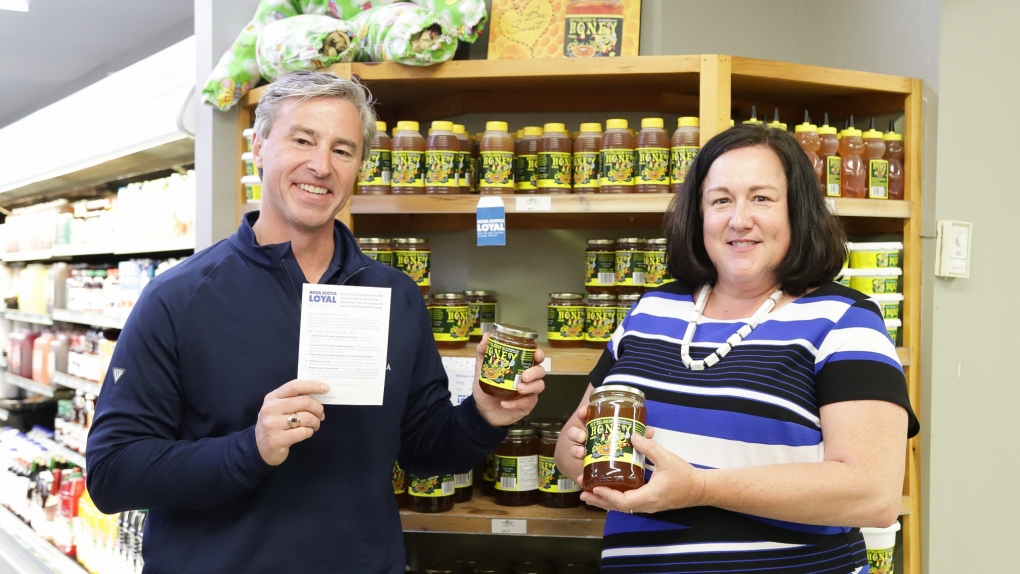 Nova Scotia's Progressive Conservative government says it will gather information from shoppers this summer as it tries to make good on an election promise to increase demand for local products.

The government says it will dispatch a team to stores and markets across the province to research consumer behaviour and collect data from shoppers.

As well, it says it will survey people about their thoughts on how the buy local strategy -- called Nova Scotia Loyal program -- should be branded.

Promised last summer during the election campaign, the program's goal is to create a 10 per cent rise in demand for local products.

The government says it wants to have 20 per cent of all food purchased by Nova Scotians by the year 2030 to have been grown or produced in the province.

Premier Tim Houston says the buy local initiative is to be supported by a rewards program for consumers, although no final details have been released.

During the election campaign, Houston speculated that a points program could reward shoppers for purchases of local food and non-food items.

This report by The Canadian Press was first published June 28, 2020.

Montreal's Pride Parade has been cancelled due to a lack of volunteers able to guarantee a secure event.

A Dutch man accused of tormenting British Columbia teen Amanda Todd via online threats has been found guilty of all charges he faced in connection with the case, a jury ruled on Saturday.

Egyptian intelligence officials have called for a cease-fire to begin at 11:30 p.m., indicating that a deal has been struck to end the violence in Gaza that has killed dozens of Palestinians.

Four more ships carrying agricultural cargo held up by the war in Ukraine received authorization Sunday to leave the country's Black Sea coast as analysts warned that Russia was moving troops and equipment in the direction of the ports to stave off a Ukrainian counteroffensive.

While the peak of the Perseids meteor shower, one of the brightest of the year, may be next week, now may be the best time to see the astronomical event, according to The Weather Network.

Hundreds forced out of their homes as Okanagan wildfire rages on in B.C.

An evacuation order remains in effect in Olalla, a community just north of Keremeos, B.C., as a wildfire classified as 'out of control' continues to grow, impacting nearby residents.