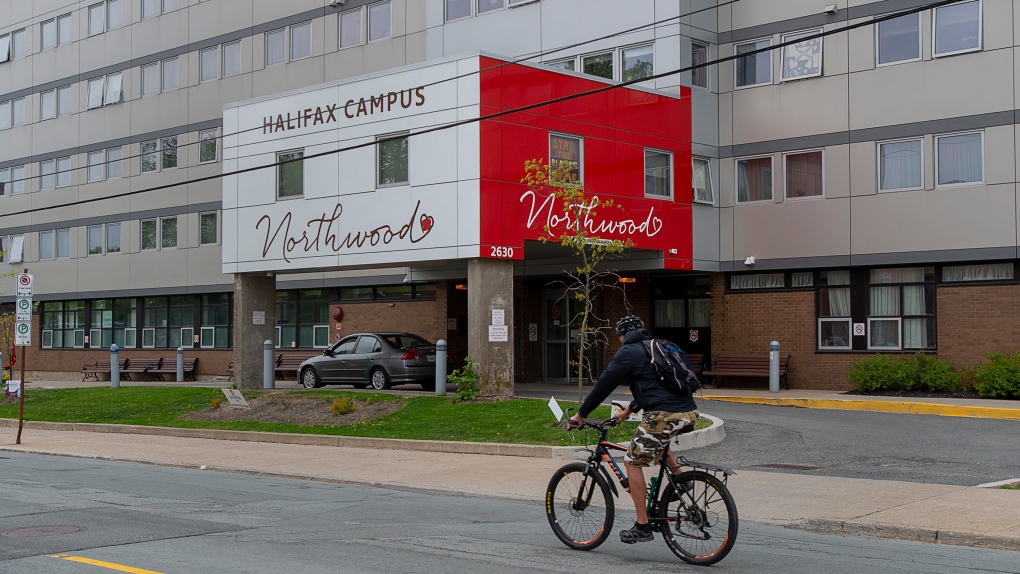 A cyclist heads past Northwood Manor, one of the largest nursing homes in Atlantic Canada, in Halifax on Tuesday, June 2, 2020. THE CANADIAN PRESS/Andrew Vaughan
HALIFAX -

The province of Nova Scotia has been added as a defendant in a proposed class-action lawsuit against a long-term care facility in Halifax where 53 people died from COVID-19 in the spring of 2020.

In a statement Wednesday, the Wagners law firm says the amended lawsuit alleges the province was negligent in its regulation and oversight of the Northwood facility.

It also alleges that repeated budget cuts by the government and freezes to long-term care spending left residents at increased risk to the rapid spread of infectious disease.

The statement of claim, which was initially filed in June 2020 and contains allegations that have not been proven in court, alleged the Northwood facility breached its obligations to residents through "inaction and inadequate response."

It also claimed the facility's practices caused the untimely deaths of residents and harms, losses and damages to their surviving family members.

The proposed lawsuit has not yet been certified by the court.

"Class members still don't have answers about the chaotic outbreak, acknowledgments that actionable steps will be taken to prevent such a tragedy in the future, or even an apology," lawyer Ray Wagner said. "These remedies are, to some, just as important as compensation for the loss of their loved ones sought by the action."

Representative plaintiff Erica Surette has said that she lost her 66-year-old mother, Patricia West, on April 22, 2020, after West had been moved from a single to a shared room in the midst of the outbreak at Northwood.

This report by The Canadian Press was first published March 16, 2022.

Leading economic powers conferred by video link with Ukrainian President Volodymyr Zelenskyy on Monday as they underscored their commitment to Ukraine for the long haul with plans to pursue a price cap on Russian oil, raise tariffs on Russian goods and impose other new sanctions.

After years of playoff disappointments, the Colorado Avalanche are back atop hockey's mountain with a 2-1 Game 6 win against the two-time defending Stanley Cup champions Tampa Bay Lightning.

With a speech about his own inspirational dream for the Black community, Sean 'Diddy' Combs channelled the spirit of the Rev. Martin Luther King Jr. while accepting the BET Awards' highest honour Sunday night.

Ukrainian President Volodymyr Zelenskyy addressed G7 leaders virtually at their summit in Germany as they discussed the threat to global stability posed by Russia's invasion of his country.

Behind prison walls, National Indigenous People's Day was celebrated this month, with inmates at a Manitoba federal prison granted access to music, drumming and sharing circles — positive steps forward to reconnect Indigenous inmates with their culture and rehabilitate a group that is incarcerated at a disproportionate rate.

Hundreds of thousands of people lined the streets of downtown Toronto on Sunday as the city's Pride parade returned for the first time in two years.

A Dalhousie University team of scientists — in a joint venture with a company called Planetary Technologies — is now in the next phase of their research to use the power of the ocean to one day reduce the world’s carbon levels.